“Humanity is but a transitory phase of the evolution of the eternal substance, a particular phenomenal form of matter and energy, the true proportions of which we soon perceive when we set it in the background of infinite space and eternal time.” – Ernest Haick. 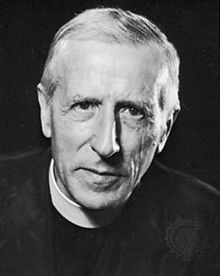 Western theology allows for a human destiny other than biblical eschatology. As an alternative I offer the analysis of the French Jesuit, self-described geobiologist, who played a major role in the discovery of Peking man, Pierre Teilhard de Chardin. Last century he wrote a group of theses based on his belief that the world is the outcome of a progressive genesis of the universe through evolution,1  but that  morphological change in life slowed at precisely the moment Thought appeared on earth suggesting evolution proceeded in the direction of the largest brain. According to him, “we know of many forms that have disappeared since the Oligocene, but of no genuinely new species other than the anthropoids.” 2

Instead we see biological value in moral action and individual relationship implying evolution in the ‘sphere of consciousness’ (the Noosphere). Humans are “serving, like intelligent atoms, the work proceeding in the universe,”3  and “it is mankind as a whole, collective humanity, which is called upon to perform the definitive act whereby the total force of terrestrial evolution will be released and flourish.” 4  This will occur through education as “mankind …is organically inseparable from that which has been slowly added to it…” 5  and socialization, “the forging our multiplicity into a whole.” 6  The forces of isolation and repulsion in mankind will be overcome by external compression due to growth in numbers and mutual attraction via love for one’s neighbor. Common vision and action will lead to a ‘single being.’ The first hominization of life was man’s individual self-consciousness; the second will be Mankind’s total reflexive consciousness upon itself.7 What will follow is convergence, loss of egoism, the ‘Sense of Evolution’ wherein “the terrestrial future matters more than the present.”8 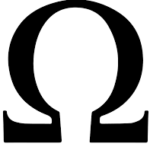 This ‘super-humanization’ will lead to a ‘planetized spirit.’ He thinks it is unlikely man will escape through space arguing “if journeying between celestial bodies were practicable, it is hard to see why we ourselves have not been invaded.”9 Rather he believes there will be convergence on a  divine center or ‘omega point’ already identified by the mystics but which will be available to all in the future. “Mankind at the end of totalization will detach from earth and join the omega point.”10 Exactly what Teilhard de Chardin means by this is unclear, but he predicts a ‘super-state of psychic tension… not a gradual darkening but a sudden blaze of brilliance, an explosion in which Thought carried to the extreme, is volatized upon itself …how I would depict the ultimate phase of a vitalized star.”11  In the end, human destiny is a “Translation or dematerialization, to another sphere of the Universe: not an ending of the ultra-human but its accession to some sort of trans-humanity at the ultimate heart of things.”12 297

If this sounds fantastic or the speculations of science fiction, you will be stunned by the subject of the next blog, the future of humanity as its technological destiny.