“We all see man in the same way. He is complex. He has potentialities for uniquely human achievements, but his capacity for cultural and personality developments always will have biological dimensions. And organically, the human body offers both possibilities for exciting achievements as well as limitations of sometimes depressing harshness.” – Robert T. Anderson, Anthropologist.1 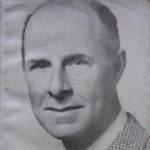 In our consideration of human destiny, out last philosopher is a biophysicist  turned philosopher, LeComte du Noüy. Like George Gaylord Simpson and John Fiske, he starts by exploring the meaning of evolution. He notes, like Fred Kohler, that the evolution of life is ‘antichance’ which he believes amounts to recognition of the existence of a goal or end – a position he calls ‘telefinalism’ – the finalistic view of evolution based on design or teleology. “The Will [of the universe  – God?] manifests itself through evolution and its goal is a morally perfect being – free of human passions.”2

His philosophy of human destiny depends on two other major propositions: (1) morality, like intelligence is evolutionary and (2) man is not the end of evolution, but an intermediary. Intelligence must be subject to morality and spirituality just as science and religion need to be reconciled. A man is capable of perfecting himself, but he must be free to do so. That freedom must include liberation from “the despotism of the body.”3   Since each of us leaves behind a trail of influence on later generations, moral acts are not sacrifices, but investments in the future of man.

“The highest duty of every man is to contribute, to the best of his ability, to this new phase of evolution. No man need worry about the results of his efforts, nor about the importance of his contribution, as long as he is sincere and devotes his attention to improving himself, since it is the effort in itself that counts. His life thus takes on a universal significance; he becomes a link in the chain…a conscious element at all times free to regress and disappear or to progress and contribute to the divine task.”4 Here we hear an echo of the Bhagavad Gita.

For du Noüy then, the destiny of man is the triumph of spirituality over mere intelligence and the eventual ability to think universally whereby man becomes “artisan and beneficiary” of cosmic evolution. 5 I think this hope offers tranquility and the possibility of cosmic meaning for us in our time of relative species immaturity. The onus is on each of us to accelerate the time course of our moral perfection.