In the last post I discussed Fred Kohler’s analysis of the apparent contradiction of the evolution of matter and life and the second law of thermodynamics and his theory that man in societal structure represents the highest level of order yet to appear in that process. Today we will review his projection of this trajectory on the ultimate future of man. 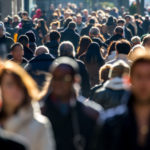 He thinks it is not yet possible to determine the relationship between the individual and the societal organism of the future. However it appears certain that further human progress will not result mainly from biological improvements of individual humans, but from an integration process.  Eventually multiple societal organisms may develop on different star systems, and these may further integrate in the distant future into a ‘super-societal’ organism. That would allow a higher magnitude of understanding than capable by the individual human mind. Such a ‘supersocial’ organism will control great expanses of non-living matter and perhaps even cosmic processes. The final extrapolation of this evolution is a fully integrated supersocial organism that effectively becomes the entity of the universe itself – a conscious universe. 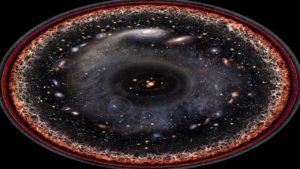 This science fiction like destiny for man and his descendants may seem farfetched, and Kohler admits it is of a low order of validity, but given adequate time and the historical trajectory of evolution, it appears plausible. He ends his speculation on the following note: “This conclusion may seem utterly fantastic if considered in the light of present human limitations in contrast to the immensity of the cosmos. Still is it not equally fantastic, yet true, that the matter that constitutes man has, if considered as an entity, even now achieved some knowledge of its own structure, as well as the nature of other matter? So perhaps the glimmering of consciousness which man, a tiny portion of the total matter of the universe, has already achieved, is just the dawn of the great developments in evolution that are yet to come.”2