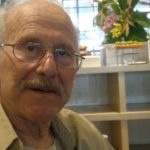 “I believe we are here for some purpose, and the purpose has something to do with the future, and it transcends altogether the limits of our present knowledge and understanding.” – Freeman Dyson, Princeton theoretical physicist.

We turn now to the physical science view of Fred Kohler.1 His focus is on the apparent incongruity of the second law of thermodynamics – in a closed system there is a tendency to increasing disorder (entropy) over time – and the reality of the evolution of matter to more complex entities. He begins by noting that inorganic matter has been evolving into more complex entities since the Big Bang despite the second law because the improbability of higher order can, under the correct circumstances, permit matter to become more complex locally while entropy increases elsewhere. He uses the word ‘extropy’ for such an increase in order.

Evolution essentially began with subatomic particles aggregating into atoms which then combined to create molecules. Later, when circumstances allowed, crystals formed in some places as for example on the crust of Earth. In the right chemical environment – for example a supersaturated solution – crystals spontaneously enlarge and multiply. The next higher level of complexity was colloidal structures such as proteins which formed from primitive amino acids. But inorganic structures were limited by the availability of specific chemicals for incremental growth. Life transcended this limitation when early cells began to use sunlight to sustain and reproduce themselves using only simple readily available compounds, giving them a distinct advantage over inorganic substances. 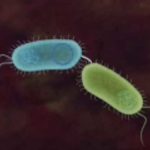 It turns out that as entities become more complex, there is a narrower range of ambient conditions in which they can endure. In Kohler’s opinion, this is why highly complex matter must be able to synthesize its structure. Unicellular organisms or protozoa solved this through reproduction by fission and the ability to correct inevitable cellular damage by conjugation (the mixing components of two cells to create a healthy cell).

Complexity increased further when metazoic cells appeared and began to aggregate into cell colonies. Over time these developed a new form of reproduction – fusion of specialized germ cells. However this came at a price: (1) eventual death of the parent organisms as mutations and injuries could no longer be corrected through conjugation, and (2) specialization of component cells such that they were no longer able to exist outside the larger organism. The pattern of evolution then is clear – a trend of ever-increasing extropy coupled with innovations for species preservation.(51) 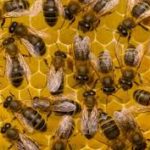 Order increased further with societal organisms, such as insect colonies, which involve more complexity than individual organisms. Individuals in societal formations also become specialized and are increasingly unable to exist outside the group. The integration into colonies requires a concomitant increase in the organization of their environment (e.g. the bee hive) and the development of a reproduction system characteristic of a multicellular organism with specialized units for reproduction (e.g the queen bee) (66).

Kohler’s thesis is simple – man represents the highest form of societal order to date. Man evolved into a societal organism using language, learning, and tools to sustain his social structure and to increase the orderliness of his immediate surroundings. The history of civilization is a trend to increasing size and complexity of cohesive units of society.