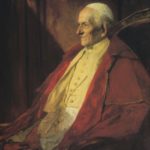 “Let it be laid down in the first place, that humanity is destined to remain as it is.” – Pope Leo XIII.

Beyond individual freedom and the experience of fate, but critical to thinking about the meaning of life is the larger question of the destiny of humanity. Over the next few posts, we will investigate the thoughts of scientists, historians, philosophers, and theologians on this question. Of course any theory about the distant future of our species is highly speculative, but the conjectures of experts in these fields offer fascinating perspectives in which to frame one’s life and actions as a participant in that destiny.

I will start with the thoughts of the great Richard Leakey, the famous paleoanthropologist, who helps us see how the trajectory of hominid evolution reveals the framework in which to consider human destiny.  We will follow this with the biologic view of George Gaylord Simpson and the general science view of Fred Kohler. Our last scientific viewpoint will be the cosmological speculations of Fred Hoyle.

Then we will evaluate the thoughts of three great historians, John Fiske, Will Durant, and Arnold Toynbee; followed by the philosophical views of Immanuel Kant, Karl Jaspers, and Lecomte de Nouy; and the theologian’s view of Saint John (Revelation) and Pierre Teilhard de Chardin. For those who wish to look still further out and do not believe in a personal God, we will review  possible cyber-destinies and the cosmological understanding of the destiny of the universe.

Hopefully we will be able to distill from these sources a sense of the likely destiny of mankind and the adversity that must be overcome. This journey may be longer than the reader expected, but I hope it will permit us to clarify the role of the individual in the expansive future of homo sapiens and the universe.