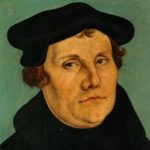 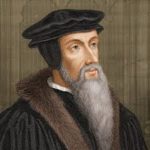 Within the mix of fate and determinism is a special variation known as predestination, the doctrine that all events of a man’s life, even one’s immortal destiny, are determined beforehand by Deity.1  In some ways the Greeks belief in fate could be included as the Moerae were goddesses, but for this site, I will use the word only with regard to monotheistic religions, especially Christianity.

The traditional argument for predestination is based on the premise that God is omniscient, that is, God knows absolutely everything including all future events. In that case, anything God knows will happen must happen, implying men’s actions occur by necessity and cannot be considered free. This echoes the arguments discussed in the section on free will and on the metaphysics of fate. Augustine attempts to refute this argument by countering that necessity of foreknowledge by God does not make actions involuntary; God may simply know exactly what actions a man will choose. This is powerfully demonstrated by pointing out that otherwise, anyone’s foreknowledge of a choice makes that choice unfree2 although of course some philosophers will still disagree.

Predestination however usually means something more than necessity due to God’s foreknowledge. Fundamentalists believe all future actions occur due to divine will or order. In that line of thinking, voluntary choice appears less viable. St. Paul seems less fatalistic believing man’s own sinfulness or imperfection makes his salvation utterly dependent upon the sheer grace and election of God even if his actions are freely chosen. John Calvin and Martin Luther go further believing that man does absolutely nothing toward his salvation apart from the good will of the Divine.1 At its extreme man is unable to do good other than through the divine will; all actions chosen by men are otherwise evil.3

Of course these views of predestination are contingent on the existence of an omniscient deity with particular will regarding humans and belief in an afterlife, all of which appear to depend on faith rather than philosophical reasoning. For us predestination is metaphorically represented in the inevitability of human error and the apparent unpredictable consequences of our actions on our own futures and on the chains of causation within the world.

Next time we will begin look at the third modality of the human experience of life – fortune or chance.