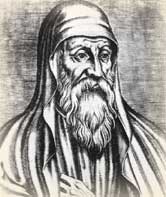 “This is also clearly defined in the teachings of the Church, that every rational soul is possessed with free-will and volition; that it has a struggle to maintain with the devil and his angels, and opposing influences, because they strive to burden it with sins.” – Origen of Alexandria.

Previously I identified two main arguments for the existence of human free will. The first relies on empirical evidence as we discussed in the last post. Today we will look at Immanuel Kant’s moral argument for free will. In the Critique of Practical Reason, he demonstrates that an objective ethics can be based on reason alone, that is, necessity rather than empirical or contingent conditions. In his model, moral maxims can be tested for universality of form by inquiring whether such maxims if made a universal law would be contradictory. For example the maxim to seek one’s own happiness fails since if all men seek their own happiness it renders happiness for all men impossible; while the maxim for all men to tell the truth succeeds as any dishonesty renders all statements untrustworthy.

He then points out that one ought to follow the moral laws; and what one ought to do one must be able to do; therefore the will must be free to follow or not follow the moral laws. In other words, while freedom cannot be proven by reason alone, “freedom and the unconditional practical law imply each other.”1 Kant is denying that free will is a matter of faith as are, for example, immortality or God. Rather the will using practical reason determines the moral law and by virtue of its autonomy upholds that law.

Roger Scruton rephrases Kant’s moral argument, suggesting we suspend the idea of freedom and note the universal practice of holding people to account for their actions. In the case of a criminal act such as a mugging, we hold the mugger responsible for a deliberate act. In the case of negligence such as the inadequate supervision a child who is then harmed, we hold the caregiver responsible even though it is not a deliberate act. In a third case where the caregiver of a child is called away by an urgent emergency the same child’s injury is neither deliberate nor worthy of blame. This is the social practice which gives the concept of freedom its sense. When we hold someone responsible for a state of affairs, we do not necessarily imply his actions caused it, nor do we hold someone responsible for everything that he does deliberately. The judgment of responsibility attaches an event not to the actions of a person but to the person himself – with the implied understanding the person’s free will was the cause of his actions.2

The moral and empirical arguments provide a nearly impregnable defense of freedom of the will, but both depend on a coherent understanding of free agency which is the subject of the next blog.