Last time we looked at the scientific evidence against human free will and today we will look at some opposing positions. Alfred Mele in a recent issue of The Philosopher’s Magazine2 argues persuasively that the significance of the neurological experiments is exaggerated. He participated in a Libet-style experiment and has doubts about Libet’s conclusions both with respect to the timing of decisions and the arbitrary rather than reasoned nature of the actions of the participants. Even if such decisions are made unconsciously, he believes it is a stretch to then argue that decisions requiring sustained information gathering and reflection are similarly unconscious. He discusses restrictivism, a theory which suggests free will only applies when “we are tempted to act contrary to what we believe we ought to do, morally speaking.”

Mele also takes on the argument that even if such actions are not unconscious, the mere fact that we can demonstrate that they are the result of brain activity rather than a soul means they are not free. His counter argument is based on psychological studies that most people do not feel we need to have a soul to have free will. 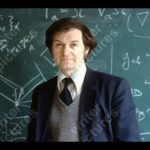 Roger Penrose looks at a physicist’s approach to free will. He asserts that just because the universe is a well-behaved place does not mean that human actions are determined merely by antecedent causes and the environment. He suggests that the intricate networks of neurons releasing neurotransmitters from microtubules may indicate an entangled quantum system within and between cells. This may permit a fully material system to have a non-computable element. He also believes that this type of quantum consciousness could involve the entire brain – sort of quantum consciousness.3

It seems the scientific arguments for and against free will are unlikely to demonstrate convincingly that humans lack or have free will for now, though it remains for each individual to reach his own conclusion. Next we will look at the philosophical arguments in favor of free will.