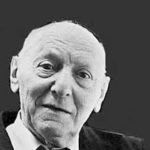 “We must believe in free will – we have no choice.” – Isaac Bashevis Singer.

In our last blog we examined metaphysical arguments against the possibility of free will, and found them unpersuasive. Today we will examine the stronger empirical argument. At the foundation of this argument is the concept of determinism or a completely mechanistic universe. Empirically whenever we experience an event we expect there to be a cause, and in many cases the cause is evident. That cause is itself the effect of an antecedent cause and so forth backwards presumably indefinitely. Hard determinism holds that all events in the universe fall into such chains of cause and effect including apparently volitional human actions. The determinist does not claim to be able to demonstrate detailed chains of causation, but asserts such chains exist in nature universally. Typically determinists offer scientific support of the theory rather than proof per se.

Hard determinism effectively eliminates moral responsibility for one’s actions as they are not the result of personal choice. This is so contrary to human experience, that the best counterargument is a reductio ad absurdum. Since the unavoidable conclusion is that no one is responsible for his actions, no punishment or praise is due to anyone for any action. Murder is not morally reprehensible and personal sacrifice is not praiseworthy.

Few philosophers are willing to go this far so a milder version known as soft determinism has developed. In this model, human actions are not externally constrained or impeded and are the results of decisions influenced by moods, desires, and choices which themselves have antecedent causes. This position suffers from the problem of hard determinism; if each action is the result of one’s choices, moods, or desires, but those are determined by antecedent causes then the actor still does not seem to be responsible for the action. Richard Taylor describes the implication:

“It is hardly the description of a free and responsible agent. It is the perfect description of a puppet. To render a man your puppet, it is not necessary forcibly to constrain the motions of his limbs after the fashion that real puppets are moved. A subtler but no less effective means of making a man your puppet would be to gain complete control of his inner states, and ensuring, as the theory of soft determinism does ensure, that his body will move in accordance with them.”1

Some philosophers argue that in fact we are not directly responsible for our actions although society may decide to assign such responsibility. Their position tends to rely on scientific evidence that supports deterministic views of behavior. We will look briefly at their position in the next post.