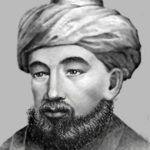 “Study astronomy and physics if you desire to comprehend the relationship between the world and God’s management of it.” – Maimonides, The Guide for the Perplexed.

On a recent trip to Michigan, I purchased two books written by physicists that address the existence of God but come to opposite answers. The first is by Stephen Hawking who probably needs no introduction. He was a mathematician, theoretical physicist, and cosmologist at the University of Cambridge and considered by most people as the second greatest theoretical physicist of the 20th century just behind Einstein.

The second book is by Gerald Schroeder, an Orthodox Jewish applied physicist who received his degrees from the Massachusetts Institute of Technology and is a former member of the United States Energy Commission.  He is currently a professor at Aish Ha Torah College in Israel.1 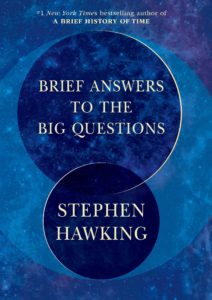 Hawking’s book begins with a chapter titled: “Is there a God?”2 His thesis begins by expressing his belief in science wherein “there are certain laws that are always obeyed.” He then says it is reasonable to argue these laws are the work of God, but that this is more a definition of God then a proof of his existence. And this is not what most people mean by ‘God.’ He does not believe God serves as an explanation of the origin of the universe, rather “the universe was spontaneously created out of nothing, according to the laws of science.” The universe consists of matter and energy (which are interchangeable) and space – all of which Hawking says came out of the Big Bang which itself came from nothing.

How can that be? Hawking explains that the laws of physics require the universe to have negative energy and the Big Bang created both the positive and negative energy whose sum adds up to zero, much as if you make a pile of dirt by digging  you end up with both a mound and a hole. That negative energy still exists in space and balances out the equation. Also the laws of quantum mechanics tell us particles like protons “can appear at random.” Therefore “if the universe adds up to nothing, then you don’t need a God to create it,” and “the laws of nature itself tell us that not only could the universe have popped into existence without any assistance, like a proton, and have required nothing in terms of energy, but also that it is possible that nothing caused the Big Bang. Nothing.”