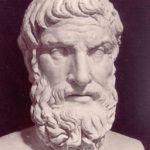 “So death, the most frightening of bad things, is nothing to us; since when we exist, death is not yet present, and when death is present, then we do not exist.” – Epicurus, Letter to Menoeceus

So far our investigation has shown the untenability and negative aspects of traditional immortality, the benefits of death, and transcendental and metaphorical meanings of immortality. And yet despite these arguments, we still have an undeniable aversion to dying and the permanent end of our conscious self. This may be the self-preservation instinct, but more likely the problem is buried deep in the psychology of man – a visceral fear or the unknown and anxiety of irreversible nonexistence.

Ernest Becker and Paul Tillich seem to me to have delineated these two natural responses to mortality –fear and anxiety – most clearly. In The Denial of Death and The Birth and Death of Meaning, Becker focuses on the fear of death. His thesis is that we develop either healthy or unhealthy responses to this fear. Unhealthy responses included repression, self-deception, hedonism, and some forms of heroism. A discussion of this latter response represents the bulk of the first book. To some extent heroism, the attempt to recast one’s life as meaningful through ‘heroic’ actions in the world (i.e. self-importance), is essential to the mental stability of individuality–within-finitude. However misdirected heroism frequently leads one astray and extreme forms can lead to evil, an idea he develops at length in his third book, Escape From Evil. Becker’s teaching is clear – the healthy response is to face one’s mortality head on, live fully with the paradox of human existence, and find one’s particular authentic way to behave in the world consistent with true or cosmic heroism.

In The Courage to Be, Tillich’s proposes a complementary thesis; anxiety is the natural reaction to one’s mortality. This anxiety can take three directions: (1) neurosis [disease], (2) despair [vice] with its paradoxical risk of suicide, or (3) courage [virtue]. Tillich tells us the way to resist neurosis and despair is through self-affirmation which includes the character of ‘in spite of.’ – that is the affirmation of the self in spite of the sacrifices required, of our sin and guilt, and of our limitations . This is done by taking  the anxiety into oneself and the recognition that  “The ultimate power of self-affirmation can only be the power of being-itself.”1 and the ultimate test of courage as demonstrated by Socrates is the courage to die – to take nonbeing into oneself. Non-being, it turns out, like anxiety and finitude, is part of being-itself.

These great thinkers and many others such as Epicurus, Seneca, Lucretius, Epictetus, Marcus Aurelius, Spinoza, and Kierkegaard come to the same conclusions: we fear or are anxious about the prospect of death, but this is unfounded. In fact the fear and anxiety are conquered by courage, acceptance, and preparation for death’s inevitability, and participation in life and ultimate reality to its fullest. We will pick up there next time.

2 Replies to “HUMAN RESPONSES TO MORTALITY”