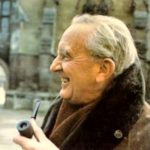 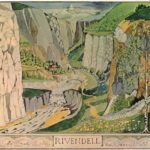 “But the sons of Men die indeed, and leave the world, wherefore they are called the Guests, or the Strangers. Death is their fate, the gift of Iluvatar [the One], which as Time wears even the Powers shall envy.” – J.R.R. Tolkien1

In the last two posts, we explored the defects of immortality; now I would like to invert the question and look at the positive side of mortality. At the individual level, there are five advantages to biological mortality. First is the cessation of bodily degeneration and suffering. If aging continued indefinitely – all of us would end up increasingly frail, physically limited, perhaps even demented. Painful conditions would be unending. Death then is release from aging, frailty, mental degeneration, and pain. Seen in this light, it seems more an act of mercy than one of deprivation.

Second, death serves as a focal point for life itself. If we lived forever, there would be no urgency to do anything, and nothing would likely ever get done; or once major accomplishments were complete, life would become aimless. Martin Heidegger in his book Being and Time refers to the experience of ‘Being-towards-an end’ or ‘Being-towards-death’ as leading to authenticity:

Third, if there is no spiritual immortality, one is spared the angst of trying to divine the criteria for reward in the afterlife, and is thus free to act based on one’s own assessment of the nature of reality and ethics. Jean-Paul Sartre discussing existentialism sees mortal man as totally free and concludes:

“…there is no doctrine more optimistic, since man’s destiny is within himself…the only hope is in his acting and that action is the only thing that enables a man to live.”3

Fourth is limitation on duties. In theory, if one were immortal, one might be considered responsible to master all fields of human endeavor and solve all the problems of mankind since one would have an infinite time to accomplish this. However limited longevity relieves us of such open-ended obligations and expectations. Rather we are permitted the choice of what our interest and ability lead us to accomplish during a finite lifetime. Guilt of omission cannot be avoided wherever there is free will, but at least that guilt is limited by our existential finitude.

Last, mortality offers an exit to the unwelcome changes in the world around us. Human nature seems to prefer stability and routine over constant change and unpredictability. Mortality assures us we live in a specific time subjected to only the upheavals of a few generations. Our obsolescence is limited by our life spans. For myself, where once I wished to see far into the future, as I age, it seems more and more that I fear seeing too much of it. Mortality assures me a specific historicity which is integral to my existence.

Mortality then offers many benefits to our individual life and can be reasonably reclassified as a good. Next we will look at the value death has for nature and the universe.