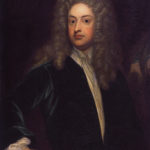 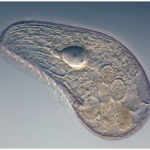 Our analysis of immortality so far has not been encouraging. Multicellular biological life forms are inherently mortal. Proof of a soul is lacking and the nature of human ontology as a mix of real and subjective existence indicate we are contingent rather than necessary, thus impermanent. The four classical forms of immortality are implausible or unsatisfactory.

Before we despair, perhaps we should reconsider our desire for immortality. Where does this desire come from? Biologically humans, like all living things, are genetically programmed for self-preservation, but unlike other living things we perceive our own deaths as abhorrent. In fact we appear to be peculiar as a life form in our egotistical desire not just for survival, but perpetual life. Perhaps this is due the immense power of our individual consciousness which cannot imagine itself coming to an end. And yet other creatures have consciousness that we readily assume will pass. Every night we go to sleep during which loss of consciousness is entirely acceptable, even pleasant. Has our consciousness played a trick on us making us fear its nonexistence? Did this trait evolve in humans as a mere counter to our unique ability to end our own lives?

The crux of the conscious desire for immortality is that life is good, so a longer life must be better, and unending life would be best. But we saw in our sections on ethics and good and evil, that in some instances, goodness may involve a limitation or moderation. It is time to look deeper and imagine what human immortality would look like.

Starting with biologic immortality – we have three levels to examine. If all life had been immortal, the planet would have been covered before the human species evolved, and the whole discussion would be moot. Mortality it seems is  essential to evolution.

If immortality had developed only in homo sapiens, the world would have been long overpopulated – about 108 billion humans have lived in the last 150,000 years compared to the 7 billion living now. Fertility would have long fallen off and the current generation of humans including ourselves would have never been born.

If immortality were singular – just for oneself, but not other humans – aging and incidental injuries would still in theory lead to progressive enfeeblement. If individual immortality entailed the cessation of aging and physical indestructibility, there would still be issues of loss of loved ones, obsolescence, alienation from later generations, problems with romantic relationships (such as the aging of one’s spouse and the disparate significance commitment means for a mortal versus an immortal), and even questions of identity as the memories of distant times fade and the later version of self seems increasingly distinct from the earlier.

Even if the above concerns seem acceptable, true immortality would end at the end of the Sun’s life or should interstellar travel be possible, at the end of a habitable universe.  Biological immortality does not appear to be feasible or particularly attractive. Perhaps spiritual immortality will fare better as we will discuss next time.