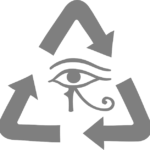 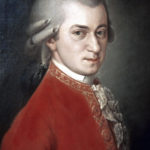 “Indeed, for one who is born death is certain, and for one who has died birth is certain. Therefore, since this process is inevitable, you ought not to grieve.” – Bhagavad Gita 2:26.1

Our initial forays into the subject of immortality have led to powerful if not convincing arguments that immortality defined as eternal life or eternal existence fails careful scrutiny. Now I would like to take a step back and look at historical concepts of immortality and subject them to philosophical examination. Those concepts include:

4.   Absorption into a greater entity.

Reincarnation (also known as rebirth, metempsychosis, and palingenesis) is the theory that after death, one is reborn in the body of a different person, animal, or even plant. It is one of man’s earliest hopes (or fears) of existence after death. It is a basic tenet of Hinduism dating back thousands of years before the modern era. It also appears in ancient Western philosophy – particularly with Pythagoras, Empedocles, Plato, and Plotinus – and found adherents among some gnostics and Christian Cathari, within Jewish Cabalism, and by two later philosophers: Arthur Schopenauer and J.M.E. Taggart.2

Reincarnation solves three basic enigmas of human existence– first as an explanation of what occurs after death, second as a justification of the predetermined imbalance of goods or status among different people, and third as a means of moral retribution (karma). In traditional Hinduism, cycles of reincarnation can end in moksha at which point the individual ‘soul’ is reunited with the Atman (essentially #4 above). Buddhism adopts reincarnation, but terminates the cycle of death and rebirth in oblivion, which becomes the ultimate goal of the Buddhist – to escape the cycle and achieve final death.

Empirical demonstrations of reincarnation often cited include childrens’ intuitive abilities (e.g. Mozart’s musical genius), individuals’ memories of past lives, and the common feeling of déjà vu. Metaphysically, the argument is that souls are eternal and indivisible and cannot come from two parents, making (eternal) preexistence necessary.

However, philosophically reincarnation appears implausible. It requires a soul which cannot be proven as we discussed in an earlier section. Typically it requires migration of souls to other animals and even plants which seems particularly farfetched. How the soul is first preserved and then placed again in another creature is unexplained. The soul’s ignorance of its prior life as confirmed by most peoples’ amnesia of prior lives seems counterproductive. Given the increasing number of human beings over time, it should demand new souls to be continuously created. Its success as a belief appears to be its ability to provide comfort to those faced with a fear of death and distraught at the unfairness of life.

Should reincarnation be true, it seems to me to make little difference in making choices in life as the best possible life should be one that includes the very actions that lead to better karma and escape from the cycle of life and rebirth. A reborn version of myself with none of my memories or personality hardly seems to be the same me. Unless more rigorous empirical evidence supporting reincarnation appears in the future, it seems to be reasonably discarded as unlikely and possibly irrelevant. Metaphorically however reincarnation can be recast as the passing of our learned values, prosperity, and intellectual advancement to our offspring and to future generations. The good lives we help create for our descendants seem to me to be an important aspect of a meaningful life.