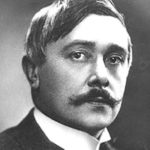 “Here is the core of the enigma. This little consciousness, this feeling of a specific me, demands that it accompany us into infinity.” – Maurice Maeterlinck, La Mort.1

In all likelihood you found the last blog superfluous as you do not think of immortality as eternal biologic life. The purpose of those arguments was simply to be completely methodical and precise on this subject. In fact most of us presume ‘immortality’ refers to eternal existence rather than eternal life and now we will explore the distinction.

He also distinguishes a related distinction; ‘being’ and ‘becoming’ – where being is immutable and timeless and becoming applies to things subject to change. The word ‘eternal’ applies only to that which is beyond time and change. He parses this further with the terms ‘necessary’ which implies imperishability and ‘contingent’ which refers to the ability to change and cease to exist.4

So where do we as humans fit into this understanding. The answer can be debated, but the most coherent position is that the human body has real existence and the immaterial portion of man – the mind, will, and self – have subjective existence. Both are mutable and contingent and thus man fails Adler’s tenets of eternal being. Philosophically we must conclude that man is also not immortal in the sense of eternal existence.