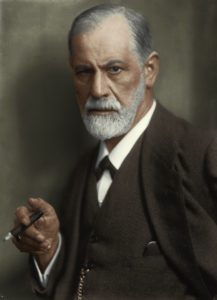 “The goal of all life is death.” – Sigmund Freud.

Before we can talk of what happens after death we must understand exactly what life is, or perhaps what it means to be alive. Webster’s dictionary’s first definition of the word ‘life’ is:

“the condition that distinguishes organisms from inorganic objects and dead organisms, being manifest by growth through metabolism, reproduction, and the power of adaptation to environment through changes originating internally.”1

The German biologist and philosopher, Bernhard Rensch begins his defining of life by pointing out that the distinction between the animate and the inanimate is not easy, as most distinguishing characteristics are shared by both groups. After an extended introduction, he concludes that living things have about a dozen major characteristics, one of which is temporary constancy, by which he appears to mean temporal continuity.2

On the other hand, the Webster dictionary defines ‘death’ as “the total and permanent cessation of all vital functions of an organism.”3

The philosophical implications of our definitions are self-evident.  First there are the two corollary principles: life requires continuity and death is permanent. Thus, by definition, there can be no life after death – it is logically impossible. Either the living being never died which meets the criterion of continuity or it is dead, which is irreversible.

Second, traditional conceptions of soul do not represent life as defined above, and therefore the soul cannot be the basis of eternal life. The consequence is that when most traditions speak of ‘immortality,’ they are not referring to unending life in the biological sense. It turns out there is ‘immortal’ life on planet earth, i.e. in the form of unicellular organism which multiply by asexual means, so that the original organism continues and in theory can continue to live indefinitely. However the price of multicellularity for humans is sexual reproduction and the inevitable death of the parental organism.

In addition to the epistemological proofs above, we have the experience of humanity – all human beings die, and none is later found living (we will discuss contradictions raised in the Bible in later posts). The only coherent conclusion is that human life is not eternal on either a logical or empirical basis. The concept of human immortality defined as eternal biological life can be discarded.