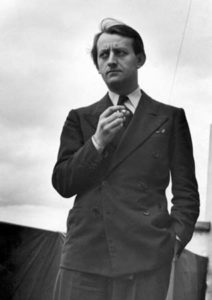 “The great mystery is not that we should have been thrown down here at random between the profusion of matter and that of the stars; it is that from our very prison we should draw, from our own selves, images powerful enough to deny our nothingness.” – Andre Malraux, La Condition Humaine (Man’s Fate).

Deep within and increasingly elusive are three further intangible qualities of human beings: personality, identity, and self. There is much overlap in these, but what distinguishes them from the earlier characteristics is their roles in defining individuals.

Personality which Dagobert Runes defines as “the totality of mental traits characterizing an individual,”1 seems to be the most concrete and complex of these last three terms and has more psychological than philosophical meaning. It is also the most elastic of the intangible constituents of soul and loosely interchangeable with notions of external and internal self, for example Meister Eckhart’s inner man. Personality then is the fluid portion of the deconstructed soul.

Identity on the other had is more ontological in its meaning and so fixed – what makes a being or person the same at different times? The logician considers identity as x = x,  but this essentially never applies to existing things as at a material level, atomic and subatomic particles are constantly being removed and added, while animated beings by definition grow, change, and in the case of most animals gain and lose memories. The debates on the nature of identity are extended and complex and therefore beyond the limit of this short essay. Some philosophers deny identity at all (e.g. Hume). For our purposes, identity with respect to a human’s lifetime is best defined as physical and psychological spatiotemporal continuity. The usual theory of soul removes the physical requirement, but we will bracket that in our cataloguing of the soul.

At the very foundation of man is that quality called self – the subject side of soul – the me as opposed to the not-me in the words of William James.2 Ralph B. Winn defines it elegantly as the “metaphysical principle of unity underlying subjective experience.”3 Self is the central constituent of the soul, the sine qua non for both Eastern and Western religions and classical philosophers. But when the self is reflexively coupled to consciousness, the result self-consciousness instantiates the theory of soul. The difference for us is the choice not to treat the self as a substance per se.

This completes our deconstruction of the soul. In the next blog we will begin to reconstruct the catalogued constituents – being, vitality, consciousness, mind, will, personality, identity, and self – into a conceptual framework for thinking about the meaning of human existence.