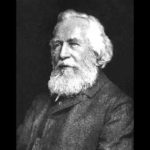 “The soul of man is – objectively considered – essentially similar to that of all other vertebrates; it is the physiological action or function of the brain.” – Ernst Heinrich Haekel,  The Wonders of Life.

After careful consideration of the proofs and warrants for belief in the soul, it appears we are at a dead end; it is simply a matter of faith or opinion. Perhaps we should back up and sort out those components of ourselves that suggested the possibility of a soul in the first place and see if they can be recast them for our purposes.

The ‘immaterial’ structure of humans appears – in rough order of increasing depth: (1) being or actuality, (2) vitality or life force, (3) consciousness, (4) mind, (5) will, (6) personality, (7) identity, and (8) self. All of these deserve some explication.

Starting with ‘being,’ we can review the teachings of Aristotle – to wit, the distinction between potentiality and actuality. In theory, there could exist any number of additional persons simply by further procreation. Those humans never conceived have potentiality, but only those born achieve actuality or being. Whatever concept we substitute for the soul will involve actuality. 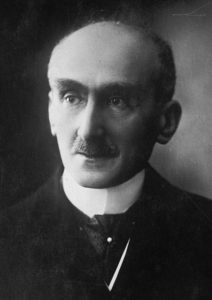 Next is the characteristic of ‘life’ where I will draw on the writing of Henri Bergson.1,2  In his non-dualist system, both matter and life derive from a primal substance. Non-living things are more static, do not grow, lack memory, and do not endure in the same was as living things and especially conscious life. Life contains a dynamic element, accumulates a history, and is purposeful and creative. It contains an integrating force moving in a definite direction – a kind of cosmic vitalism or principle he calls the elan vital. Berson proposes that this force is trying to free itself from the domination of matter and achieve consciousness. Through experiment (trial and error?) the elan vital has found the storage and explosive release of energy possible by animals leads to freedom, and the greatest freedom is possible in vertebrates – culminating in man. Intelligence allows manipulation of matter, but is itself composed of static concepts. When intelligence is blended with instinct the result is intuition which is more fluid and allows knowledge of Kant’s thing-in-itself. Humans have this intuition in a limited form best seen in artists. In moments of intense joy or sadness, man connects intuitively with his inner self briefly and directly. Perhaps the elan vital  manifested in man is mirrored by a dynamic element in an alternate model of the soul  .