Thought experiments are another warrant for belief in a soul. One need merely imagine oneself in a different body or disembodied; would you still be you?  Consider if you were to awaken tomorrow in the year 1776, in a different country, or in the body of a celebrity. You would still likely believe yourself to be the same person you have ever been; rather something would seem to be terribly wrong with your body or the world. This is the story of Franz Kafka’s short story, The Metamorphosis, where the protagonist wakes up to find himself in the body of a giant cockroach, but still clearly believes himself to be the same person. What if you awoke tomorrow without a body and the world had disappeared, would you still be you? Descartes argues that the soul is more easily known than anything else, that is, you cannot doubt you have a mind, but you can doubt you have a body.1 Some conclude that thought experiments of this type suggest the body is analogous to clothing, and the soul (or mind) can logically be independent of the physical world. 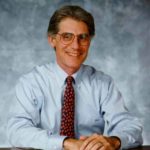 Another suggestion of the soul is retrieval of experiences from prior lives. Dr. Brian Weiss in his book Many Lives, Many Masters, makes an intriguing case for belief in past-life experiences. While working as a traditional psychotherapist of  emotional disorders, a patient under hypnosis retrieved memories of a trauma that predated her childhood, He was skeptical but later became convinced when he was able to confirm her story with public records. He subsequently ‘regressed’ thousands of persons and claims many prior life stories could be corroborated and that often ailments responded to confronting those past-life traumas. He also claims to have received messages from ‘Masters’ or ‘super-evolved, non-physical souls’ through his subjects.2  Of course his work comes under criticism for its absence of scientific rigor and lack of peer review. As in all subjective demonstrations, there remains substantial room for skepticism.

Perhaps a final justification for belief in the soul is the fear of death and requirement of a soul to make reasonable the hope of an afterlife. We will be discussing this in our next major section, but as philosophers we must keep the horse in front of the cart, that is, we must justify the soul as a precondition to the possibility of an afterlife rather than vice versa.

In conclusion, there are multiple subjective warrants for belief in a soul, but none is convincing and even the sum total of all fails to merit the status of proof. Of course you may decide that even the weak arguments and subjective warrants for the soul or your personal faith justify belief in it. For the rest of us, perhaps alternative conceptions of the soul offer an opportunity to understand the discordance between the belief or hope in a soul and the lack of convincing support for it. We will take that up in our next blog.