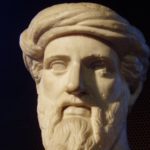 “The soul of man is divided into three parts, intelligence, reason, and passion. Intelligence and passion are possessed by other animals, but reason by man alone.” – Pythagoras

In our last post we designated the soul as the immaterial, indivisible nature of man separate from the body. The next step is to evaluate the most important traditions of thinking about the soul – classical and the religious conceptions.

Plato classifies the soul within his Theory of the Forms – perfect or immutable ideas which are only inexactly represented by physical reality- for example a perfect circle or the concept of justice. He sees the human soul as the integration of three different elements – appetite (or impulse), reason, and thumos (spiritedness or the executive)1. In the Phaedo, Socrates asserts that the soul occupies the body and receives imperfect sensations from it, but is itself immortal and immutable. His argument is that as the soul knows the unchangeable and the eternal, it must be both.2 In fact, he argues “True philosophers are ever seeking to release the soul and hence always occupied in the practice of dying”3

Like Plato, Aristotle sees the soul as the ‘principle of life’ and identifies three types – vegetative (plant), sensitive (animal), and rational (man). He sees matter as potentiality and form as actuality, and the soul as the first grade of actuality of a natural body having life potentially in it. However, he believes the soul is inseparable from the body.4

For Lucretius, the Roman Epicurean atomist, the soul is even more limited, in fact, simply the mind and “mind and soul are held in union one with the other, and form of themselves a single nature.”5

Religious conceptions vary in the connection between the body and soul, but both Eastern religions and Christianity logically require the soul to be self-subsisting to participate in reincarnation or in an afterlife. Thomas Aquinas feels the immortality of a rational soul is demonstrated by the special character of its intellectual powers. He also believes a thing’s mode of being is indicated by its mode of operation- and since the mind has an operation apart from the body, it must be incorporeal and subsistent.6 Although an adherent of Aristotle, he clearly disagrees with him on this particular point. The Catholic Church adopts principles from Aristotle and Aquinas: “Man though made of body and soul is a unity,” and “the unity of soul and body is so profound that one has to consider the soul to be the ‘form’ of the body.”7