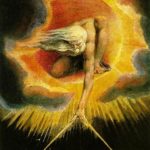 “I would add the qualification that I believe in God…the most immediate thing I feel is relieved of the burden of responsibility for my own life, putting it back where it belongs, giving it back to whoever or whatever hatched me. I feel a great sense of relief and trust that eggs are not hatched in vain.” –Ernest Becker1

In the last seven sections, I have delineated an overview of the basic issues related to the question of God. Logical proofs of God’s existence or non-existence prove unconvincing, although existential proofs incline to belief since arguments against His existence are in fact logical attacks on his traditional characteristics rather than existence per se.

Subjective warrants for the belief in God such as spiritual or mystical experiences are also unpersuasive (other than to the one who experiences them), but incline to belief as they are not counterbalanced by  an opposite. That is, other than passing feelings of a meaningless of life or the universe, it seems peculiar to assert the experience of God’s nonexistence.

In Truth in Religion, Mortimer Adler claims that philosophy demonstrates the existence of a ‘single supreme being as the indispensable, creative, or exnihilating cause of the cosmos.’ My analysis shows a careful synthesis of the logical and scientific answers to Leibniz’s question of why there is something rather than nothing leads one to the best answer that God, defined as the origin of the universe, does in fact exist. However traditional characteristics attributed to God appear to be at best metaphorical, although they can be reformulated as I did in the Table 3 in the Appendix or abandoned by applying the via negativa.

Once established, belief in God opens the door to interaction through prayer and advanced experience of the divine through meditation and contemplation. Historical practitioners describe these latter experiences as blissful and life-altering. One may want to investigate these further if the goal is the maximally meaningful life.

Religion however represents a philosophical challenge; especially as the truth of each is unverifiable and excludes the truth of the others. Religions depend on faith, often attributed to divine grace, which is contrary to justification by pure human reasoning. They result is a restrictive and questionable formulaic philosophy which may fail the need of an individual for planning a meaningful life.

This leads some to the alternatives of atheism and agnosticism, which remain difficult to defend if the preceding philosophical analysis is correct. However, that analysis does permit deism or pantheism. The latter appears to be the belief of Albert Einstein when he says: “I believe in Spinoza’s God who reveals himself in the harmony of all being, not in a God who concerns himself with the fate and actions of men.”