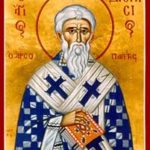 “He is neither number nor order; not greatness nor smallness; nor equality nor inequality; nor similarity nor dissimilarity; neither is He still, nor moving, nor at rest; neither has He power nor is power, nor is light; neither does He live nor is He life; neither is He essence, nor eternity, nor time; nor is He subject to intelligible contact; nor is he science  nor truth, nor a king, nor wisdom; neither one nor oneness, nor godhead nor goodness; nor is he spirit according to our understanding, nor a son, nor a father ; nor anything else known to us…” – Dionysius, the Aeropagite 1

Given the conclusion that God, defined as the origin of the universe, does exist in one of the three forms, an inevitable question follows: is each of them compatible with the traditional idea of God and purported relationship of man to Him?   Let’s examine the traditional characteristics attributed to God which include:

1.   Eternal or timeless and necessarily existent

2.   Highest or ultimate being

Table 3 in the  appendix is my table of these traditional characteristics applied to the three possible forms of God. In general, I see no philosophical necessity for any of these terms to be absolute in the anthropomorphic sense that leads to logical inconsistency. For instance, omniscient need not mean a mind knowing what will happen in advance, but instead that all material and immaterial knowledge is held within the confines of the entity which constitutes God. Applying human parameters to the characteristics to God appears arbitrary or naive. Rather it should be the aim of man to understand as precisely as possible the characteristics of God as they manifest in  such a distinct being. 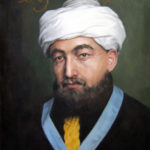 The medieval philosopher, Maimonides, in his book, The Guide for the Perplexed, points this out, arguing that biblical passages about God’s traits and behavior are metaphorical not literal, which I believe should be the approach to reconciling traditional descriptions of God’s features and actions. More importantly curiosity to understand and relate to God does not require a complete knowledge of divine properties.

Some early mystical Western  theologians take this further arguing that God can only be known by the via negativa. By this they mean, God is better understood as unlike common human experience, for instance, God is neither material nor immaterial. In this view, God’s qualities are not adjectives like those that apply to man – i.e. moral or immoral, mortal or immortal, personal or non-personal – but above or beyond such attributes. God cannot be seen by the eyes or known by the intellect, but only through a mystical transcendence. While this relies on a component of faith, the philosopher can reasonably assert that an entity comprising all being including the part unknown to man can only be imprecisely described in human terms.

This leaves the difficult issue of deciding whether purported spiritual and mystical experiences are in fact an experience of the divine. If and when these occur, each of us will have to determine how closely they fulfill our comprehension of God as origin of the universe. If the universe is either identical to God or is one of His manifestations, spiritual experiences seem to be a prefatory but vivid experience of the divine.