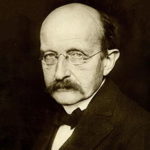 “Both religion and science need for their activities the belief in God, and moreover God stands for the former in the beginning, and for the latter at the end of the whole thinking. For the former, God represents the basis, for the latter – the crown of any reasoning concerning the world-view.”- Max Planck,  physicist and Nobel laureate

At the end of the day, we must decide which alternative seems most likely:

1.  An eternal but unexplained quantum flux led to a multiplicity of universes out of nothingness – at least one of which by chance permits the existence of life in general and ourselves specifically.

2.  The universe itself is eternal, notwithstanding scientific evidence of an origin in the big bang.

3.  There is an eternal agent, unexplained and unverifiable, which created or originated the universe. 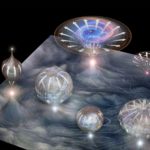 Alternatively stated, if we define God as the origin of the universe, then God is either (1) the quantum flux or its cause, (2) the universe (or multiverse) itself, or (3) an eternal, unexplained, and unverifiable creator. For now, each reader will have to come to terms with these choices. It seems to me that each is reasonable and for the near future at least unprovable.

Up till now we have been talking about the origin of the material universe. Of course reality has a non-material nature as well, for example: mathematics, physical laws, ideas, imagination, abstract qualities such as beauty and justice, musical and literary composition, and perhaps consciousness. Traditionally God is not just the cause of the material universe, but also the source of the immaterial – via a property called by some in the West, logos  and some in the East, Tao. One of the weaknesses of scientific conceptions of the origin of the universe is that the immaterial remains unexplained or merely a fabrication of the human mind. But it seems a stretch to argue that the number π which does not exist in nature can be attributed solely to the human mind.

If we then revert back to the original question, “Why is there anything at all?”; for whichever cause we choose- the operative concept is necessary existence – a philosophical term that means a thing must exist by virtue of its own essence.  As Kant taught us, the word necessary is a category used by the human mind contrasted with possible and impossible. So to solidify this argument I would add that we should understand necessity uniquely in this instance, that is, any eternal being contains is in its essence the quality of necessary existence. Or in other words, an eternal being is by definition necessarily existent.

This leads us to a final conclusion – God does exist as the eternal and necessary ‘being’ that explains the universe, either the universe or multiverse itself or a creator impenetrable by current scientific means.