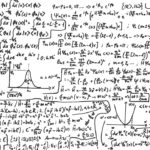 “Why is there something rather than nothing?” – Gottfried Wilhelm Leibniz

We now reach the difficult point of choosing a personal understanding of God’s existence, nature, and relationship to man.

It seems best to me to  transpose the question from a proof of God’s existence to a choice of the answer to the perplexing question of why there is something rather than nothing. Here are all the possible answers as I see it:

1.  The question is nonsensical.

5.  Something may come from nothing.

6.  Something has always existed.

Each person will have to choose one of these answers, and since none is certain, it may be best to challenge each. First, is the question nonsensical? Logical positivists like A. J. Ayer certainly felt so but if this version of the question is the problem, we can change it to the simpler version,  “What caused there to be anything?” Most of us understand the words in the question with no difficulty, so the only conflict I can see is that the word “anything” implies a multitude in which case the cause of each may be different. On the other hand it seems unreasonable or disingenuous to argue that the search for the origin of all of the subatomic particles and energy that make up the universe is nonsensical when cosmology and physics continue to do exactly that.

Answers 2, 3 and 4 are essentially corollaries of each other, and may justify a need for more study or reflection, but also appear to be inconsistent with  modern scientific efforts as well.

Answers 5 and 6 seem to be the best choices for consideration by the earnest philosopher. That something can come from nothing appears to be illogical, but modern quantum science suggests that in a quantum flux, from time to time there will appear particles of matter and antimatter – hence something can come from “nothing.” This solution  leads to three problems:

(2) How can matter be created “from time to time” when time is a part of the fabric of space that would not yet exist?

(3) Statistically, the quantum flux would require an unimaginably large number of episodes of formation of matter before creating the singularity that led to our universe, thus requiring a massive if not infinite number of quantum events and resultant structures – which seems far more complex and less credible than an act of intentional creation .

Of course the possibility of an eternal creator has difficulties as well – there is the issue of explaining the nature or basis of the creator (presumably God) . There is no scientific justification for such an entity, and it defies investigation or scrutiny. The advantage of this choice is its simplicity as an explanation and the lack of requirement for the multitude of unknown universes.

The last possibility that the universe itself is eternal reality appears inconsistent with the fairly well-accepted theory of its origin in the big bang.