Pantheism is the belief that everything that exists constitutes a unity and that this all-inclusive unity is divine. It appears to be the position of some ancient Greek philosophers (the Eleatic school), the Vedas of India, several 18th century German idealists including Fichte, Schelling, and Hegel, but was perhaps developed most impressively by Baruch Spinoza. He argues that the structure of the universe involves only one substance (not a multiplicity) – which is ‘God’ and ‘Nature.’ God is the immanent cause of the world and divine by virtue of being the source of the infinite, uncaused and eternal. Opponents note that there does not appear to be a unity of things except in the predicate of existing, but existence is not a genus. Also the traditional concepts of divinity cannot be demonstrated by virtue of simple causality or duration.3 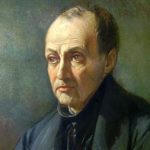 Finally there is the naturalistic reformulation of religion where one believes there is no supernatural reality, but one can substitute it with worship of nature meaning either (1) man’s prior achievements and ability – known as religious humanism, or (2) nonhuman nature. August Comte, the famous 19th century Positivist, following the former approach developed a religion modeled on Roman Catholicism, but based on service to humanity as the noblest ideal and universal love as the highest happiness. John Dewey embraced a less structured religious humanism where God can be seen as “the unity of all ideal ends arousing us to desire and action.”

Alternatively, Julian Huxley proposed ‘Evolutionary Naturalism’ where the universe is seen as an indefinitely extending creative process and man serves as the chief agent in this process on Earth. Opponents including atheists such as Russell and Sartre counter that these views of religion makes no factual judgments at all, that man is a pallid substitute for God, and that they reflect a lingering attachment to traditional religion.4

This completes our brief review of the arguments and positions considered by most philosophers on the question of God. As in many philosophical areas, there is no certainty, but the importance of religious experience and the need for an ethical approach to ultimate reality will require a choice or even a decision not to choose. Personal reflection may incline you to one or another choice, but if not, the next three posts offer my formulation based on years of cogitation.