In the last post we began the discussion of subjective belief in God looking at faith, mystical experience, revelation, and miracles. Now we will look at additional subjective rationales. 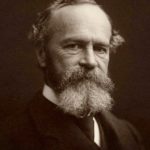 William James in his essay, The Will to Believe, argues the pragmatic view that at some point we must live life with the assumption of the existence, non-existence, or uncertainty of existence of God. While the skeptic places the emphasis on avoiding the error of belief in a non-existent God, James sees no reason to assume that is superior to avoiding the error of not believing in an existent God. He quotes Fitz James Stephen, “…If a man chooses to turn his back altogether on God and the future, no one can show beyond reasonable doubt that he is mistaken. If a man thinks otherwise and acts as he thinks, I do not see that anyone can prove that he is mistaken…What must we do?… Act for the best, hope for the best, and take what comes… If death ends all, we cannot meet death better.”5

In his Pensees,6 Pascal argues that a decision to believe in God can be reformulated as a wager. To him it is a better bet to believe and follow religious dogma with its minimal downside in exchange for the possibility of an infinite joyous afterlife then to choose disbelief with its minimal upside. Of course the skeptic can simply counter, belief requires behavioral change and sacrifice of our only demonstrable asset – our lives. Alternatively, it seems unlikely that the mere hope of future benefits can lead to genuine conviction.

The last explanation  of religious belief is well expressed by philosopher, Roger Scruton; it  derives from “metaphysical loneliness.” In this formulation, the gap between human longing and satisfaction drives man to believe he is not “of this world, but only in it” (his italics). Humans resolve this dilemma by resorting to belief in a transcendental deity and religious ritual.7

In summary, the basis for most belief in the existence of God is not strict proof, but inexact and subjective reckoning. There are two basic types –  compelled as in the case of a mystical experience or a perceived miracle, or justified, as with faith, will, or hope for potential future benefit.  Metaphysical longing is perhaps explanatory of belief in God if neither logical argument nor other subjective reasoning succeed.