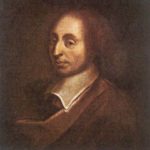 The absence of a definitive proof of the existence of God does not make belief in God irrational. In fact the original belief in God for humanity and individuals was not based on logical argument, but subjective considerations. These include in rough order of frequency and cogency (except the last):

7.   Response to the human metaphysical predicament

If we define faith as “belief that is not based on proof,”1 it could be argued that as nothing is certain or absolutely proven, all human beliefs are based on faith. Thomas Aquinas states faith stands between scientific knowledge and ordinary opinion, involves the unseen, cannot be arrived at by reasoning, and depends on divine grace. Friedrich Schleiermacher sees it is a kind of feeling of absolute dependence on a higher reality. Soren Kierkegaard sees critical human truths as subjective and emphasizes the objective uncertainty of the religious realm must be reached by a ‘leap of faith.’2  Skeptics however are troubled by the apparent overlap of faith and superstition.

Regarding mystical experience, William James in two of his 1901 Gifford lectures addressed mysticism as a justification for belief in the divine. He identifies four characteristics of the mystical experience – (1) ineffability- cannot be expressed, (2) noetic quality – feeling of knowledge and profound illumination, (3) transience (typically <1-2 hours), and (4) passivity or abeyance of the will. However he notes mystical states are authoritative only for the individual experiencing them.3

By revelation I mean religious texts accepted as evidence of the existence of God (as opposed to direct revelation by God which I would include in mystical experience). Obviously, the Bible, Koran, and the Vedas serve as justification of the beliefs for many religious. The validity and historical accuracy of these texts is of course open to debate and acceptance of their divine origin must still be based on faith.

Miracles are defined as “violations of a law of nature by a supernatural being.”4 They are presumably rare in occurrence and hence the source of belief by the minority. In addition the concept of a miracle suffers from some logical inconsistency – can an event occur in the world and still not be defined as natural? Lack of explanation by known physical law is not proof of supernatural cause; as an explanation it simply begs the question of cause.