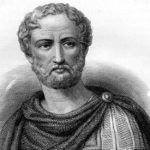 “God cannot do all things…his own death…bring to pass that one who lived did not live…he hath no power over things past…nor that twice ten should not make twenty. Whereby is proved the power of nature, and how it is she only which we call God.” – Pliny the Elder

The last section presented the argument from evil as evidence against the existence of God as all-powerful, all-knowing, and all-good. In this section we will think through some additional reasoning used in challenging the existence of a deity with these attributes, and as creator of the universe.

The first type of contentions are based on the logic of God’s presumed characteristics.  The term all-powerful appears to be logically inconsistent. Can God make 2+2 = 5?  Does God have the power to limit His own power or to end his existence? If God is all-good, does he have the ability to cause evil? Presumably the answer to these questions is no, in which case there is a limit to his power. The traditional response to these arguments is to say that his power is limited to the logically possible. But in that case God is limited by something outside of Himself, logic, making God something less than the greatest being imaginable or the totality of reality.

Similarly, if free agency exists, then God cannot force a free being to act in a particular manner, and again He is limited. If free will is real, then God cannot “know” what a free being will do. It seems odd if not irrational to say God always knew Shakespeare would write Hamlet, and every word of the play before Shakespeare wrote it; in which case, is Shakespeare truly its author?  Rational limits on God’s power and knowledge undermine  the attributes of omnipotence and omniscience .

The second type of disputation is from the scientific standpoint. As we learn increasing details on the origin of the cosmos and the physical laws that govern it, it appears to be progressively unnecessary to postulate a creator. It simply adds unverifiable and unnecessary complexity to cosmology. If any evolving scientific explanation is countered by the theologian as being just one more step back to the final explanation of a ‘hypothetical’ divine being, it appears no better than insisting on the existence of unicorns in the absence of evidence for them.  Philosophically, the theologian should be able to present positive evidence of His existence in the face of modern science rather than default to the position that scientists or nonbelievers must disprove his existence.

At the end of the day, logic and common experience of the world appear unable to prove the existence of or even a high likelihood of the Divine (at least in the traditional form). Rather faith, mystical experience, and the like  seem to be the basis for most religious belief. We will discuss these in the next blog.