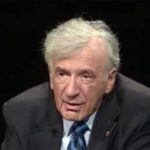 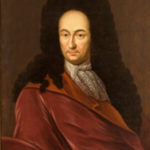 There are in fact no philosophical proofs against the existence of God, as such. Rather the traditional arguments are against God as all-powerful, all-knowing, and all-good. The basis of this argument is that there is evil in the world, which is logically inconsistent with such a divine being. Most of us have experienced this doubt when confronted by horrible natural disasters or great human evil. The deaths of so many in the concentration camps of Nazi Germany or natural disasters such as a tsunami invariably make us ask: “would an all-powerful and all-good God permit this?”

The rebuttals to this argument from evil are called ‘theodicy’  (the roots of this word are  ‘god’ and ‘justice’) a term first used by Gottfried Wilhelm Leibniz. The argument from evil has remained a challenge for Christian theologians,  the various refutations to the argument include the propositions that evil is due to:

1)  punishment by God for sin especially original sin of the first humans  – i.e. it is justified,

2)  free agency of imperfect beings including humans and demons (especially Satan), that is, free will is a good worth consequent evils,

3)  logical requirements – i.e. the current world is the best of all possible worlds (Liebniz’s position),

5)  illusion, misinterpretation, or simple privation, or

6)  reasons beyond human understanding  (the conclusion of the biblical Job).

None of these is completely successful and the details of these responses are beyond the scope of this site. However readers will have little trouble finding detailed discussions in readily available books and on websites and in debates posted on YouTube.

Nonetheless, for most philosophers, I suspect the reality of evil in the world makes an all-powerful, all-knowing, and all-good God implausible and perhaps a logical contradiction.