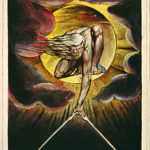 It is clear that science too rests on faith; there is no science without presuppositions.” – Friedrich Nietzsche

In the last two sections, we examined the ontological and cosmological arguments for the existence of God. Now we will look at the teleological argument which is based on thinking about the possibility of a design of the universe (also seen in Aquinas’ fifth way). It was most clearly articulated in its early form by William Paley in his Natural Theology. He points out that while we might find a stone on the ground and assume it to be unworthy of explanation, if we find a watch on the ground, we naturally ask how it came into existence recognizing the parts are so placed as to demonstrate a purpose and thus require a designer. He then applies that metaphor to the universe in general and to living beings in particular, seeing them as mechanisms with many interacting parts that similarly must have a designer, that is, God.

David Hume in his Dialogues Concerning Natural Religion counters that there are a finite number of configurations of particles and given adequate time, they would eventually take on forms that appear designed- that is suggesting chance could lead to the apparent design of the universe and living things. He also points out that this argument allows for multiple designers, perhaps mortal rather than divine, and that the imperfections in the universe argue against a particularly excellent designer.

Later science, including physics, cosmology, and biology (for example the theory of evolution) undermined much of Paley’s simplistic argument, but left an enigma. We appear to be able to demonstrate many of the physical laws underlying the universe, matter, and life, but the probability of the universe appearing spontaneously in a form with these finely tuned physical laws appears to be unlikely to be the result of chance alone. For instance take the finely tuned gravitational or cosmological constants which mathematics tell us could not have been off by 1/1060 to 1/10120 without the universe flying apart or collapsing in on itself. 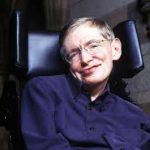 Science’s best answer to date is the theory of a ‘multiverse’ where there are an infinite or very large number of ‘universes’; the one we inhabit being a fortunate one where galactic stability and physical laws allow life – the corollary being that if this universe did not meet those criteria, we wouldn’t be here to question it, as may be the case in alternate universes.1

However the idea of a multiverse borders on metaphysical speculation and is not based on science per se. Moreover the postulation of infinite universes seems to violate ‘Ockham’s razor’ wherein explanations should not multiply assumptions unnecessarily. Alternatively, the skeptic would point out the infinitesimal likelihood of a spontaneous creator with the ability to fine tune the universe we inhabit.