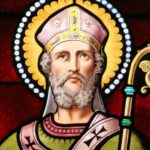 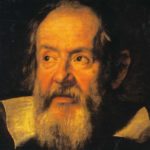 “I do not feel obliged to believe that the same God who has endowed us with sense, reason and intellect has intended us to forego their use.” – Galileo

During the middle ages, scholars wanted to marry faith and philosophy on the question of the existence of God because even though they believed faith trumped reason, they felt the two should not be inconsistent. From their efforts were derived three ‘proofs’ of the existence of God known as the ontological, the cosmological, and the teleological proofs. It is not the place of this site to present in detail the proofs themselves and the debate they raise, rather to summarize them and lead the reader to resources where he can explore them should he choose.

The Ontological proof was first developed by St. Anselm in his Proslogium published in the 11th century. Briefly his argument is as follows:

1.  A being which no greater being can be conceived and as such exists in our     understanding.

3.  Therefore a being which no greater being can be conceived must exist in        reality.

This type of proof is called a priori, that is based on pure logic and not experience of the world. It is not convincing; to most it appears to suggest actual existence from a simple idea, but philosophers including the monk Guanilon, a contemporary of Anselm, struggled to disprove it. Guanilon’s argument comes down to saying that understanding the words ‘being which no greater being can be conceived’ is not the same as being able to actually conceive or understand the actual proposed being; in fact Guanilon does not believe any human can understand God. I tend to agree; it seems similar to the word ‘infinity’ which I understand without actually knowing exactly what it is.

However, most philosophers feel the best counter-argument to Anselm was Immanuel Kant’s contention as presented in his Critique of Pure Reason that existence is not a predicate at all, i.e. an existing being is not in fact ‘greater’ than the idea of it.