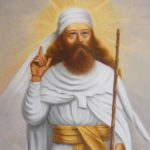 In Part I, we discussed the enduring tradition of the conflict of Good and Evil especially as it was presented by the ancient prophet, Zarathustra. This mythological conflict survived into modernity – consider World War II conceived by many as a symbolic battle of the virtuous Allies against the evil Fascists. More recently the  light and dark sides of the force in the Star Wars saga or the conflicts in the wizarding world of Harry Potter are fictional but powerful examples. Ultimately this conflict seems to be a  recurring paradigm of the human interpretation of the cosmos 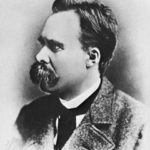 It is no accident that Friedrich Nietzsche adopts the personage of Zarathustra in his masterpiece, Thus Spake Zarathustra, to present an alternative narrative. He challenges traditional values and the very  existence of God. In his synthesis, man must awaken from complacency and dependence on religious and state authority; embrace life, existence, and this world; and remake himself as an uberman (superman). Human weakness is manifest in  failing to accept the world as disordered and to recognize that sometimes what is considered evil turns out on closer examination to be good; that is good and evil are not absolute. Virtue is being true to oneself, through will to power, that is command of oneself and one’s future. It is also acceptance of the eternal recurrence, that is the complete embrace of that which is as if all that happens has happened before and will happen again an infinite number of times.1

In another of his masterpieces, Beyond Good and Evil, he also challenges the goodness of truth. To Nietzsche, the value of an idea has greater significance than its truth, in fact, what is health-producing is truth. The question of will is not whether it is free or unfree, but whether it is strong or weak. The will to power may be more powerful than self-preservation, and man must get beyond existing valuations and live creatively, even dangerously. But despite all of his irreverence, he never loses his admiration for the psychological discipline of the saints.2