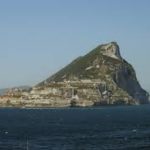 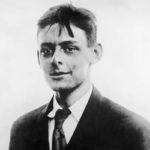 The world turns and the world changes… In all my years, one thing does not change…The perpetual struggle of good and evil.” – T.S. Eliot, The Rock.

Prehistoric humans lived in a world of natural wonders – sun, moon, stars, earth, storms, animals, food plants, and so forth. In the absence of science, most if not all human societies came to see or explain at least some of these phenomena as divine or as deities. With time they personified them and polytheism was the result. During that prehistoric era, they also came to distinguish desirable things (e.g. food) from undesirable things (e.g disease) and eventually abstracted from that contrast the idea of good and evil forces or agents in a struggle, each trying to dominate the cosmos, setting the stage for the mythological conflict of Good and Evil.

Virtually every culture and most religious traditions incorporate the struggle of these two forces into their belief system, and seek to ascertain the impact on man and his place in it. One of the earliest of these comes from the Vedas of the subcontinent of India where two deities were considered most powerful: Vishnu (the preserver – also called Krishna) and Shiva (the destroyer).

In Persia, perhaps drawing on a similar Aryan tradition, a prophet known as Zarathustra, derived a religion and philosophy focused on the struggle between Good and Evil, perhaps 600 to 1000 years before Christ. He preached a near monotheism with  Ahura Mazdah as the supreme god, Lord of Light, Lord of Wisdom, ‘God of gods,’ ‘the first and the last.’ However a series of evil spirits he called Druj (servants of the Lie) led by Ahriman (also known as Angro-Mainyus) were fighting with Ahura Mazdah to dominate the universe. In his system Evil comes from free will, and cannot create; it is ‘not-life.’ Humans are born into the struggle and their role is to take individual responsibility and be active and diligent in the cause of good (inactivity is equivalent to aiding the Druj). Man’s duties then are to make all enemies into friends, to make the wicked righteous, and to make the ignorant learned. The greatest virtues are piety and honesty or honor.

After Zorasterism was adopted in Persia, these ideas worked themselves into Judaism and then Christianity where the evil spirit was called Satan and finally into Islam where it was known as Iblis (or Eblis). This dualism was also reflected in the two equal gods of Manichaeism, an extinct religion embraced by Augustine before he converted to Christianity.