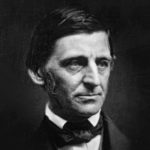 In the last thirteen sections, we have defined and examined the nature of reality and the philosophy of human conduct. The big picture of philosophy then distills into thinking about the five tiers of each of these  two basic components:

As you begin your process of sorting out these 10 areas, a few principles may be helpful to keep in mind.

First, internal reality and ethic will require intense self-examination. You are likely to find the self consists of three parts: external, internal, and primal. The external self is that which makes up your visible persona, the person you present to others; it is likely to be least important. The internal self is the psychological and mental self, most of which you share with very few others or no one. The primal self is the ineffable being Heidegger calls dasein and the Vedas call Atman– the ‘you’ that exists without adjectives, your newborn self that you have carried since before your first coherent memories; it is the being or identity which exists independent of participation in the world.

Each of these parts of the self needs defining and understanding. Phenomenology with its concept of ‘bracketing’ of the uncertain elements offers an excellent tool in this exploration.

In addition self-mastery will require long periods of reflection and lifelong commitment. Its five components of self-discipline, selflessness, self-knowledge, self-improvement, and self-actualization will accompany the journey that makes up the meaningful life. The importance of humility cannot be over-emphasized; one simply need look at the large number of historical figures brought down by hubris. Another crucial factor in the ultimate worth of life is to be guided by a strong moral compass. But in the end, the greatest reward may be the final connecting of your primal or ontological self with the unity of the cosmos in a transcendental act of enlightenment.