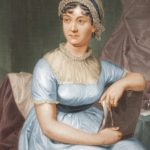 “There is one thing, Emma, which a man can always do if he chooses, and that is his duty; not by manoeuvring and finessing, but by vigor and resolution.”  – Jane Austen, Emma

There are four powerful foundations that define these two aspects of societal duty. The first and oldest comes from the Far East. China is perhaps the oldest highly populous region of the world, so it is not surprising that ancient Chinese philosophy views man as an individual within a network of human relations. The greatest ancient Chinese teacher was Confucius whose philosophy was recorded in The Analects. This short work, available on-line can be read in an afternoon and is one of humanity’s treasures.  In it the students of Confucius record his emphasis on three key principles: Jen, benevolence to other men, Li, rules of propriety and socially acceptable behavior (including etiquette), and Hsiao, filial piety which includes not only respect for one’s parents and teachers, but also the law and order of society.  The ‘superior man’ places moral principle above profit, and governance should be by moral example and persuasion. An orderly and peaceful society leads to the harmonious development of the individual. Confucianism is thus one of the earliest forms of ethical humanism.

Taking a slightly different line of reasoning, Immanuel Kant views ethics from the perspective of ‘good’ as meaning ‘good will.’ Good will is rational will and known to all implicitly. Duty is defined as following the ‘categorical imperative’ which is an action objectively and logically necessary whatever one’s particular inclination. Biblically this would be called a commandment, such as “Thou shalt not kill.” He then delineates three categorical imperatives.

1.  Act only according to that maxim that you can will it should become a universal law.

2.  Act so that you treat yourself and others always as an end and never as a means.

3.  Act always as if you were legislating for a universal realm of ends.

An example of the first is the obligation to always tell the truth as universal falsehood is inconsistent with making promises or determining criminal behavior in a court of law. The second is essentially an extension of the Golden Rule to all people. The third refers to the wish for an ideal society of completely rational members. A moral duty then is one done from good will rather than personal gain and follows these three fundamental imperatives. I also note that Kant’s version of ‘good will’ requires the actor to have a fully developed internal concept of virtue, and sufficient reasoning power and reflection to successfully identify universals.