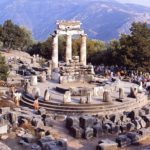 “Self-knowledge is the first prerequisite of self-realization.”  – Ernst Cassirer, An Essay on Man,     quoting the skeptics.

In the last part we discussed self-discipline as an essential part of self-mastery with respect to human function in society. It is recognized by virtually all of the earliest philosophers as a primary ethical goal. However further reflection reveals at least four other components of self-mastery vital to a meaningful life.  The first is selflessness, an unwavering commitment to right action with regard to others, society, and nature. This must be fully adopted by the thoughtful individual as a precursor to ethical behavior within the world. Buddha includes this as a key component of his eight-fold path and Aristotle and other Greek philosophers incorporate it in the concepts of virtue and fortitude. Within its domain is the learning of humility, that is, recognition of our limited status in the universe, perhaps the greatest gift of Christianity to philosophy. Humility in self-value is the dominant intentional force in our behavior in dealing with others and the environment and humility in knowledge impels us to greater study and acceptance of other viewpoints. Humility then is not weakness, but the fundamental power behind ethical behavior and self-improvement. At its extreme it leads to the paradoxical ideal of the saint.

The second is self-knowledge expressed in an aphorism of the oracle of Delphi – “know thyself.” It also  consists of two parts: (1) reflection on one’s psychological makeup, major ingredients of the philosophy of Plato and Seneca, and refined by modern behavioral science, and (2) contemplation of one’s ontological being- the primal self, as for instance investigated by the ancient Indian spiritualists and more recently in depth by Martin Heidegger in Being and Time. One should anticipate a long process of personal exploration in this area.

The third is self-improvement, the lifelong necessity of increasing knowledge and acquiring new skills. This is more important in recent times, because while Greek philosophy emphasizes learning music, geometry, logic, and rhetoric, the more complex fields of science and advanced mathematics, and more advanced law, history, and literature of later times require greater study than in the past. In addition the speed of current discovery unseen in the ancient world imposes a greater commitment to ongoing study by those dedicated to remaining up-to-date. With the longer lifespan of modernity, the opportunity for acquiring new skills such as playing an instrument or learning new uses of technology must be seized to optimize one’s potential. I find this effectively argued by Mortimer Adler who focuses on ‘leisure time’ activities of self-improvement and personal growth as key goal to living a good life in his book, The Time of Our Lives.1