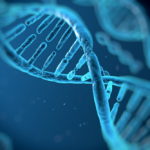 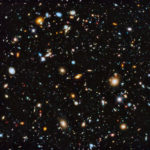 Beyond internal, proximate, and cultural reality is the level of cosmic reality. By this term, I mean reality not directly observed by the mind or the senses and outside the realm of human relations. Cosmic reality depends on scientific tools, experiment, and advanced mathematics and is circumscribed by laws that govern the universe and the constituents of matter (especially as conveyed by cosmology and physics).

First I should mention that natural science is the greatest of the offspring of philosophy though most scientists feel the child long ago surpassed the parent. But speculation on the nature of reality by the ancients was in fact the means by which science developed. For instance, the atom was first postulated by Democritus in the 5th century B.C.E. Moreover the scientific method was developed through philosophy (induction is a form of logic) especially in the writings of Francis Bacon1, and also challenged by eminent philosophers such as David Hume2.

Ernst Haick in his 1899 book The Riddle of the Universe3 argues that the scientific advances of the 19th century lead thoughtful men to monism, or strict materialism as the explanation of the universe as opposed to dualism which accepts non-material reality, for example God. Most scientists seem to grant Haick’s conclusion. Given the subsequent developments in science and the amazing success of technology, most of us accept that science gives us the best and most complete description of cosmic reality. That includes the origin of the universe in the ‘Big Bang,’ the development of galaxies and our solar system, the spontaneous appearance of life on Earth and evolution by natural selection, the space-time fabric, Heisenberg’s uncertainty principle, and the laws of thermodynamics particularly as they apply to the indestructibility of matter and energy and the arrow of time. This site cannot serve in the role of a detailed proof or explanation of these complex scientific theories, but all of the following posts will assume some level of acceptance of this developing picture of cosmic reality.4