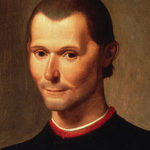 “…the majority of mankind are satisfied with appearances, as though they were realities and are often more influenced by the things that seem than by those that are.” – Niccolo Machiavelli

So what is this ‘reality’ we will talk about? Webster’s Dictionary gives two definitions of the word under the category of Philosophy :

Neither of these quite meets our needs though the second is closer to a working definition. Philosophical dictionaries and encyclopedias are of surprisingly little help; they do not typically define the word ‘reality’, rather they allude to it under other ideas such as being, truth, appearance, and nature. While all of these fall within the domain of reality, they are each too restrictive. Therefore I believe it is necessary to synthesize a definition and stratification of the word ‘reality’ for our purposes.

For this site, I will use the word ‘reality’ to mean the state of all being and all individual things corresponding to being itself and the things themselves independent of observer bias or error. The reader may choose to accept this perhaps ambiguous and circular definition or use Webster’s second definition or even use his or her own intuitive sense of the word ‘reality’.

Regardless of your preferred definition, there appear to be five distinct tiers of reality that can  further our understanding of the word and therefore require additional clarification.

We will next define and clarify reality by fine tuning these strata.