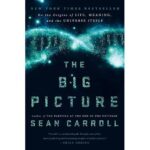 I continue now with my analysis of Sean Carroll’s book, The Big Picture. He begins with his fundamental conceptual framework of reality – poetic naturalism. In this construction, naturalism refers to the view that the only world is the natural one, consistently governed by the ‘laws of nature’ which can only be characterized by scientific methods and empirical investigation. In this worldview, there is nothing supernatural, spiritual, or divine; no cosmic teleology; and no transcendental purpose. Naturalism is typically conjoined with humanism and atheism.1 The problem with naturalism is that it offers unsatisfactory or incomplete explanations of much of human experience – such as love, purpose, or justice. Can the works of Shakespeare be explained as the mere output of quarks and leptons inside a carbon-based superstructure? Is one’s child nothing more than an aggregation of atoms in a defined area of space-time?

Carroll proposes poetic naturalism as an alternate ‘useful way of talking’ that involves a richer ontology conforming to the feelings that make up our experience of the world.2 Neither the physicalist nor the poet is right or wrong, but either’s language may be more or less useful for describing the nature of reality for us. On this account, naturalism is founded on three premises: (1) there is only one world, the natural world, (2) the world evolves according to unbroken patterns imposed by the laws of nature, and (3) the only reliable way of learning about the world is by observing it. Poetic naturalism adds three additional premises: (1) there are many ways of talking about the world, (2) all good ways of talking about the world must be consistent with one another and with the world, and (3) our purposes in the moment determine the best way of talking about the world.3 Thus the moon is both a collection of elementary particles and a heavenly body capable of romantic stirrings or psychological disequilibrium in humans, but not a supernatural being which determines one’s destiny.

After explaining some of the evolution of human science related to motion, causality, and determinism and brief references to chaos theory and quantum randomness, Carroll next points out that the utter complexity of reality makes events in the universe and human behavior ultimately unpredictable. 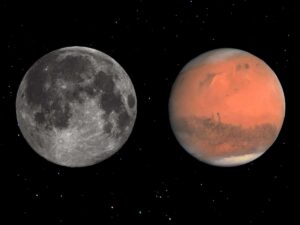 While some events seemingly demonstrate cause and effect it is also true that statistically unlikely events are in fact possible even if they never occur in human experience (such as the appearance of the moon in a different part of the solar system). This does not make them un-natural or supernatural. Moreover while events have causes, features may not. Logic does not permit us to impose a reason for the universe to be the way it is even if it is “natural” for us to ask why? – the fabric of reality and the laws that govern it may simply be ‘brute facts’ of the world. The imposition of reasons as to the make-up of the universe is, for Carroll, a problem of fallacious logic.

“We’ll see how our convictions that things happen for reasons, and effects follow causes, are not bedrock principles. They arise because of a contingent feature of how matter is evolving in our local universe…The “reasons” and “causes’ why things happen, in other words, aren’t fundamental; they are emergent. We need to dig in to the actual history of the universe to see why these concepts have emerged.”4

2We are reminded of Niels Bohr’s complementarity of objective and subjective descriptions of reality. See Ultimate Reality – Matter – Part II dated 11/4/22 on this site.

One Reply to “CURRENT READING – THE BIG PICTURE (continued)”