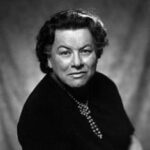 “The universe is made of stories, not of atoms.” – Muriel Rukeyser

Last October, a reader referenced this book, so I added it to my Christmas wish list, and lo and behold, it appeared like magic on December 25th. I wanted to wait until I had finished my section on scientific descriptions of ultimate reality before blogging on it, and quite frankly, I am dubious I will be able to read the entire 470 page book as I compose these few posts. Instead I will try to cover the more general or philosophical components of his manuscript, or any science where my previous posts were faulty or which is relevant, but not addressed on this site to date. I ask the book’s author and my readers to forgive any significant omissions due to the limitations of space and time imposed on me. As always, I welcome comments, corrections, and amplifications. 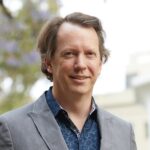 If you watch physics or astronomy documentaries, you probably have seen Professor Carroll speak and are aware of his lucid and thoughtful explanations as well as his amiable and charismatic personality. The book’s jacket cover tells us that he is a theoretical physicist at the California Institute of Technology. His earlier books include From Eternity to Here, and The Particle at the End of the Universe. He has been awarded some amazing prizes and fellowships including, most impressive in my mind, from the Royal Society of London. We are also told that Carroll is “emerging as one of the greatest humanist thinkers of his generation.”

The book is divided into 6 parts – Cosmos, Understanding, Essence, Complexity, Thinking, and Caring – covering 50 chapters in all. There is also a 7 page Appendix with the intriguing title, The Equation Underlying You and Me. We are enticed with these words (also from the jacket cover): “Where are we? Who are we? Are our emotions, our beliefs, and our hopes and dreams ultimately meaningless out there in the void? Do human purpose and meaning fit into a scientific worldview?”

So…let’s begin at the beginning…