Last time I postulated that one scientific version of ultimate reality is the fundamental nature of matter and presented as an example a simplified version of physical reality according to Albert Einstein. This might lead us to reject a transcendental expression for this view except that Einstein himself seems to imply one. One of his biographers, Ronald Clark, tells us that “even he [Einstein] with his great formula about energy and mass agreed that there must be something behind the energy”4 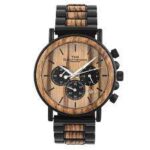 Einstein never abandoned belief in ‘Spinoza’s God,’ an intangible, impersonal, deity instantiated in the world itself “with its infinitely marvelous structure operating at the atomic level with the beauty of a craftsman’s wristwatch and at a stellar level with beauty of a massive cyclotron.”5 Einstein echoes Kierkegaard when he states, “…if you ask me to prove what I believe, I can’t. You know them to be true but you could spend a whole lifetime without being able to prove them. The mind can proceed only so far upon what it knows and can prove. There comes a point where the mind takes a higher plane of knowledge, but can never prove how it got there. All such discoveries have involved such a leap.”6

It appears that Einstein also connects ultimate reality to mathematics: “In a reasonable theory, there are no (dimensionless) numbers whose values are only empirically determinable.”7 One senses he believes physical reality is undergirded by a pure mathematics. This forms another objection to the uncertainty principle and his disbelief in “God playing dice” with the universe – the laws of ultimate reality should be perfect. Rabbi Goldstein, with whom Einstein communicated, interpreted his remarks, “Einstein points to a unity,” which if carried to its logical conclusion “would bring man to a scientific form for monotheism.”8 Virgil G. Hinshaw, Jr., a philosopher and Einstein contemporary, concludes that Einstein appears to adopt a “cosmic religious feeling,” a kind of religion which he lives.9  Unfortunately, Einstein chose not to respond to these recorded interpretations of his mindset, so it is up to the reader to determine if these assessments are accurate. However we can look for the answer in Einstein’s 1941 essay, Science and Religion where he argues that scientific knowledge and rational thinking help us understand what is, but not what should be, nor a sense of ultimate and fundamental ends. In his opinion, the general rules established by science determine the reciprocal connection of objects and events in time and space suggesting an order that leaves no room for causes of a different (i.e. divine) nature, even if a personal God can never be refuted. Nonetheless his final conclusion is sublime:

“But whoever has undergone the intense experience of successful advances made in this domain [science], is moved by profound reverence for the rationality made manifest in existence. By way of understanding he achieves a far-reaching emancipation form the shackles of personal hopes and desires, and thereby attains that humble attitude of mind towards the grandeur of reason incarnate in existence and which in its profoundest depths, is inaccessible to man. This attitude, however, appears to me to be religious in the highest sense of the word.”10

Perhaps it will never be said better by anyone.