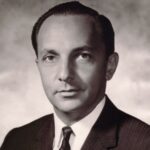 There is a remarkable variation in the understanding of ultimate reality described by the great thinkers, and for that matter as held by all of us. One possibility is that the differences are apparent, but not real. The other is that people have differing beliefs that cannot be reconciled. This seems to be the crux of the question facing us in this section – that is, are the plethora of different understandings reconcilable into a singular meaning or are they abidingly distinct, in which case, how do we determine which comes closest to the truth?

At the most fundamental level, there are three conceptual categories regarding ultimate reality: (1) the materialist/scientific, (2) the transcendental, and (3) the religious. These can be further broken into subcategories. Materialist understandings of ultimate reality sort into at least four ideas. The first addresses the very nature of matter such as string theory or the particle zoo. We might include in this group the pre-Socratic efforts at identifying the most basic entity (water, air, the unbounded, the eternal fire, unchanging reality, etc.) The second possibility is the universe or multiverse itself, the sum total of all the energy and matter in this mega-reality. The third is the source of the universe or multiverse, i.e. the timeless, apparently necessarily existent quantum vacuum from which all substantial reality is created. The last is the most speculative; that the universe or series of universes might somehow instantiate a consciousness, or perhaps more accurately a super-consciousness.

The transcendental understanding of ultimate being recognizes non-material entities as the supreme form of existence. Ultimate being in this category can be individual ideas such as reason, logic, or even love or it can be more generic as in the case of Plato’s belief in the forms or perfect ideas. In this category we may also include an all-inclusive consciousness or unity, or perhaps a great ‘Spirit.’ Each of these separates material reality from some higher level immaterial reality which is ultimate. 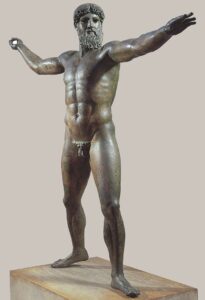 The third category of understanding ultimate reality is the religious, that is, God or a divine being is ultimate. Here there are three models: God as an anthropomorphic or rational agent external to and creative of the universe. The second model asserts God is not an agent in the sense we are, but entirely different – perhaps substance or all-being  – and as such is the substrate as well as the origin of the universe. Last is the model of God as totally ineffable, understood only negatively or as what it (or He) is not – exemplified most famously by thinkers who adopt the via negativa).

We begin next time with the scientific or materialistic viewpoint.