“It is best for a man to live his life with as much contentment and as little grief as possible; this will come about if he does not take his pleasures in mortal things.”  – Democritus 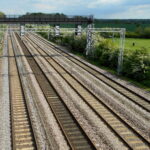 The major thesis of this site is that a meaningful life is assembled on four parallel tracks: virtue, purpose, contentment, and the experience of ultimate reality. In the last 63 blogs we have examined many facets and viewpoints of contentment, but one still might ask how to best negotiate the labyrinth of seemingly endless disturbances and impediments modern life throws at us on the road to it.

It seems to me the fundamental question still comes down to one’s individual preference or level of comfort in choosing one of three general approaches to the world: withdrawal, restraint, or engagement. Each leads to a different pyramid of factors with subtle differences in many of those factors based on the approach chosen. In the appendix (to be published 9/21/22) is a matrix of the ten basic factors we have seen are operative in contentment: (1) attainment of virtue and thus freedom from guilt, (2) achievement of purpose, (3) freedom from desire and passion (including asceticism), (4) quietude and solitude, (5) apatheia, (6) meditation and relaxation techniques, (7) friendship, (8) environment, (9) confrontation with the inevitability of death, and (10) embrace of final truths. 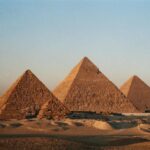 From that table, we can construct three pyramids with the factors most influential for achieving contentment forming the lower levels and less vital or less emphasized factors at the top. Since I believe the life path for most readers and, in fact, for most modern people is one of engagement with the world, that pyramid comes first. A smaller number of individuals may choose the partial withdrawal of Epicurus, so that comes next. Few people born into our time will choose to renounce society and pursue a path similar to Buddha, the Cynics, or the medieval monks, so I place it last.

Nonetheless I believe there may be a chronological element here as well. The wisest among us are likely to choose the path of engagement in their younger and socially productive years followed by a move to increasing restraint in middle age  near the end of one’s career and after one’s children are grown and secure, but final contentment may be facilitated by or even depend upon choosing a higher degree of withdrawal late in life.

2 Replies to “CONTENTMENT AND THE MEANINGFUL LIFE – SYNTHESIS”