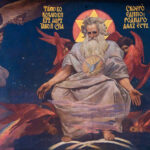 “God is proven, not as the conclusion of rational or empirical theistic arguments, but as the very ground of argument itself.” – Russell Manion, The Contingency of Knowledge and Revelatory Theism.

In the last two posts I introduced this essay by Fr. Sorem and attempted an objective synopsis. Today I offer my impressions as requested by the reader who brought it to my attention. I begin with the following disclaimer: on this site, I have no intention of discouraging, disparaging, or attempting to undermine the sincere religious beliefs of anyone, and thus nothing which follows is intended to challenge such faith. Rather I believe the practical philosopher makes intellectually honest efforts to identify internally consistent truths in matters that inform the meaning of life, including of course the question of the existence and nature of the divine.

So let us start with natural theology. It seems to me that Fr. Sorem is being unduly harsh on Aquinas and other traditional Christian apologists. I suspect they too would assign the origin of human reason to God, but, like me, think it is apposite to demonstrate its internal consistency by inverting the two – the reason, logic, and order created by or emanating from God should comport with God’s existence and nature. I expect a theist would and should be alarmed if sound human reasoning demonstrates that God’s existence or characteristics are illogical or contradictory. In fact, the argument from evil or Stephen Law’s ‘evil God argument’ as well as many ad absurdum arguments (i.e. “Can an omnipotent God create a stone which he himself cannot lift?”) attempt to demonstrate this very inconsistency. Granted, if God is known by ‘faith,’ it is not necessary to prove His existence, but it seems  reassuring and reinforcing that the divine’s gift of human reason is confirmatory, not incongruous with religious beliefs.

Next let us consider Fr. Sorem’s explanation of epistemology which he reduces to foundationalism and coherentism. While these are the two dominant systems of the theory of knowledge described by Western philosophy and his descriptions are very learned, I would counter that this distillation is incomplete. In matters of metaphysics, the divine, and personal meaning, we seek truth, not mere knowledge, and must thus utilize the three classical theories of or avenues to truth – correspondence, coherence (convergence), and pragmatic. 1 Truth, it seems to me, is most certain and action most justified when assertions are confirmed by the application of all three.

Foundationalism relies most on correspondence, mainly through reason not experience, and coherentism relies more on experience and the fitting together of observations and conclusion plus convergence (truth is approached by the converging of data points and learned opinions). However pragmatism often offers an additional and independent layer to validate the first two. Human reason and coherentism (for example science) then are not demonstrated through circular reason alone, but by pragmatic confirmation – empirical results and accurate predictions. So for example, we know that Einstein’s ‘theory’ of relativity is true not only because of correspondence (e.g. the mathematics and concordant astronomical observations), nor coherence (say interoperability with Newtonian physics), but by its accurate predictions (such as gravitational lensing) or its instrumentality (such as GPS satellites and the atomic bomb). 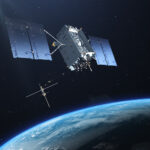 If we now apply this approach to the question of the existence of God, we might say God is proven by Natural Theology using correspondence (for example Anselm’s ontological argument, Aquinas’s ‘five ways,’ and mystical experience), coherence (the universe’s origin in creation suggested by the ‘big bang theory’ or by validated supernatural events or miracles) and pragmatically (for example by the answering of prayers). Whatever one’s individual thoughts on the factuality of these examples, this process averts the criticism of circular reasoning, and yet does not rely on revelation. The practical philosopher concludes that the validity of reason is not contingent on circular reasoning, or the existence of a divine creator, but on the congruous application of the three models of truth upon reality itself.