Last time we began looking at how the theory underpinning cognitive therapy – specifically thought as the mode of subjective interpretation of the world and our place in it – can be utilized as the means to achieve contentment. Today we delve deeper into the principles of this modality. 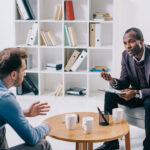 Cognitive therapy deploys techniques intended to deal with anxiety, depression, and adjustment disorders, not contentment per se. The goal is behavioral modification through systematic change in the way a person thinks and feels. Techniques include disconfirmation (evidence against negative thoughts) and reconceptualization or developing an alternative belief system to explain one’s circumstances.

There are at least three recognized forms of cognitive therapy but for this post I have added four analogous humanistic therapies3: 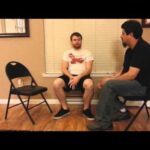 Of course, psychologists intend these therapies to be guided by a trained therapist, but the practical philosopher may extract and adopt self-guided equivalents for the alleviation of his or her own uneasiness. One advantage of the do-it-yourself approach is that one can combine features from different approaches in establishing a course to contentment. Nonetheless, at the end of the day, insight, self-knowledge, and a sound understanding of reality underlie the psychological avenue to inner serenity.

Next time we will look at the latest  psychological parallel to philosophical contentment, subjective well being.