To a large extent, the other psychoanalysts corroborate Adler’s advice. Erich Fromm in his essay, Selfishness, Self-Love, and Self-Interest, distinguishes “selfishness” from “true self-interest,” noting the selfish and the unselfish person loves neither himself nor others, whereas healthy self-interest entails developing fully one’s potential as a human being. The latter is only possible when one comes to truly know oneself, abandons greed, and overcomes the dissatisfaction and inner disillusionment arising from society’s crumbling “religion of success.” Change occurs when this rational insight occurs and when we embrace the biblical commandment, “Thou shalt love thy neighbor as thyself.” 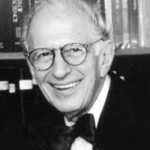 Michael Balint, in his essay, The Final Goal of Psycho-Analytic Treatment, describes a process beginning with Freud’s “making conscious the unconscious,…or the overcoming of resistances.”10  and V. Kovac’s step of “the unwinding of the repetition factor.”11 But he feels these are insufficient ground to break the cycle of anxiety resulting from prior unsatisfied needs. He has observed that in the final phase of treatment, individuals begin to

“give expression to long-forgotten, infantile, instinctual wishes, and to demand their gratification from the environment. These wishes are, at first, only faintly indicated, and their appearance often causes resistance, even extreme anxiety. It is only after many difficulties have been overcome and by very slow degrees that they are openly admitted, and it is not until even later that their gratification is experienced as pleasure. I have called this phenomenon the ‘New Beginning’ and I believe I have established the fact that it occurs just before the end, in all sufficiently profound analyses, and that it even constitutes an essential mechanism of the process of cure.”12

In Balint’s opinion this process of a ‘New Beginning’ may be relatively straight-forward for mild anxiety while in others, especially if they suffered severe limitations on gratifications, they may need to learn to “love anew.”

Finally Otto Rank in his essay, The Basis of a Will Therapy, offers an alternative perspective on breaking the cycle of anxiety. For him it is caused by the historical experience of repressing one’s will (in essence Freud’s id), and thus is relieved by learning to will freely without feelings of guilt. This entails confronting the ‘will problem’ in order to strengthen it in a positive direction, in effect, replacement with a “will-to-health.’ While Rank clearly is committed to the guidance of a therapist, I think we can repurpose his theory for self-directed contentment using his concluding words – our goal for defeating anxieties should not be “the overcoming of resistance, but the transformation of the negative will expression (counter-will) underlying them into positive and eventually creative expression.”13

To summarize, mid-20th century psychoanalysis offers much in eliminating psychological obstacles to discontent. First these thinkers identify the subtle causes of anxiety which we can draw on for insight into our own discontents. Second they suggest steps we can deploy to break the cycle of anxiety and achieve not only contentment but enhanced capacity to achieve our full humanity.

Next time we will look at the emphasis of later psychology on cognitive therapy.