Freud next takes on pain and suffering which he argues comes from three quarters: (1) the body, (2) the outer world, and (3) relations with others. Faced with this suffering we reduce our expectations and thereby forgo the pleasure principle for the reality principle, contentment via the escape from unhappiness and the weathering of troubles. 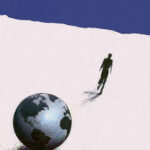 Turning away from the world and isolating oneself from others is the easiest means to avoid the second two, offering at least a modicum of peace. Alternatively (better in his opinion) one may counter suffering “by combining with the rest of the human community and taking up the attack on nature, thus forcing it to obey human will, under the guidance of science.”3 Another tactic, and the one which offers the most effective relief of bodily discomfort, is chemical intoxication, but at the cost of danger of injury and the loss of “valuable energies which could have been used to improve the lot of humanity.”4

He moves on to a fourth method to relieve suffering, that is, “to control the internal sources of our needs themselves. An extreme form of it consists in the annihilation of instincts, as taught by the wisdom of the East and practiced by the Yogi. When it succeeds, it is true, it involves giving up all other activities as well (sacrificing the whole of life), and again by another path, the only happiness it brings is that of peace.”5 A less extreme version involves a less structured control of the instincts paired with a component of limited gratification, though it results in “an undeniable reduction in the degree of enjoyment obtainable.”6 Similarly using “libido displacements that our mental equipment allows” permits us to transfer these instincts “in directions that cannot be frustrated by the outer world.”7 Instinct sublimation is most often successful when one can attain pleasure and satisfaction from mental or intellectual work, such as that of the artist or the scientist. 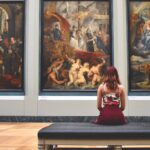 Less effective, for Freud, is a disconnection from reality via a life of ‘phantasy’ especially through art (to which we might add entertainment venues such as television, movies, video games, etc.), but these offer temporary contentment at best. More severe is the pathological form – a life of psychological delusions. In a similar vein are community-based delusions bringing us full circle back to religion. His last considerations are the centering of life on love or the enjoyment of beauty, although he remains skeptical of their potential.

Freud concludes that none of the above can be entirely successful and in fact happiness and lasting content are unattainable. “In the modified sense in which we have seen it to be attainable, happiness is a problem of the economics of the libido in each individual. There is no sovereign recipe in this matter which suits all; each one must find out for himself by which particular means he may achieve felicity.”8 But he offers a warning: “When any choice is pursued to an extreme, it penalizes itself, in that it exposes the individual to the dangers accompanying any one exclusive life interest which may always prove inadequate.”9