“Retreat into yourself. No retreat offers more quiet and relaxation than that into your own mind, especially if you can dip into thoughts there which put you at immediate ease; and by ease I simply mean a well-ordered life. So constantly give yourself this retreat and renew yourself. The doctrines you will visit there should be few and fundamental, sufficient at one meeting to wash away all your pain and send you back free of resentment at what you must rejoin.” – Marcus Aurelius, Meditations.

We have now looked at contentment through the lens of ancient Greek and Hellenic philosophy and have one last Western ancient tradition to consider, Roman Stoicism. This later iteration of Stoicism is in fact a mixture of all of the earlier Hellenic traditions, though it draws most on the Greek Stoic and Epicurean traditions.

While there are a multitude of these later Stoics, the three best known are Seneca, Epictetus, and Marcus Aurelius, all of whom we have seen in earlier sections. Of these three, Seneca will be our model as he produced the most methodical discussion in his essay called On Tranquility of Mind.

The essay takes the form of a dialogue begun by his colleague, Serenus, who seeks a philosophical remedy for his spiritual unease, a condition he reveals in his declaration, “I am neither sick [n]or well.”1 His concern is his mixed emotions; while he prefers the simple, he is awed by luxury, he feels sad after being exposed to finer goods, and he frets over whether his life could or should be better. He protests, “My convictions are not altered, but I am disturbed.”2 He also struggles to follow the ancient Stoic advice to pursue a public career (he was Nero’s police commissioner) since its problems are the source of continuing worry. Meanwhile he fights the urge to fame and desire of lasting legacy, and fears his own descent into vice and vanity. 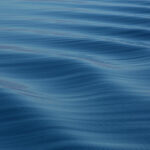 Seneca takes over with his counsel. First he reassures his friend that he has been on the right track (Stoicism), that his spiritual health is sound, and that drastic measures are not needed. “Even a calm sea shows a ripple, especially when it has quieted after a storm.”3 Inner peace comes from faith in himself and the correctness of his path, the chance for “something great and lofty and of a nighness to god – to be inaccessible to impingement” – what the Greeks call euthymia or ‘well-being of the soul’ or what Seneca himself calls ‘tranquility.’ The real question then is how one can maintain an even course, avoid imbalance of the mind  and “never interrupt this satisfaction, but abide in its serenity.”5