But Suzuki warns us that even satori has its degrees. What we seek is a thorough-going and clear-cut turning-point in life, a complete mental revolution founded in extreme effort that allows us to “drink deep of the inexhaustible fountain.”8 The greatest chance of success seems to come from focusing on a koan so intensely that one neglects sleep, eating, other thoughts, wrapping of one’s entire existence continuously in that single question9 until one achieves a state of tranquility and purity.10 Suzuki’s description: 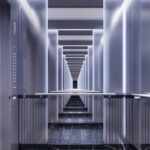 “When thus all mentation is temporarily suspended, even the consciousness of an effort to keep an idea focused at the center of attention is gone – that is, when as the Zen followers say, the mind is so completely possessed or identified with its object of thought that even the consciousness of identity is lost as when one mirror reflects another, the subject feels as if living in a crystal palace, all transparent, refreshing, buoyant, and royal.”11

And yet there is one more step – an explosive awakening from that spell of concentration on a kaon to the truth of Zen, the seeing of one’s true nature and the oneness of things. The earlier ‘equilibrium tilts for one reason or another. A stone is thrown into a sheet of water and spreads all over the surface. A sound knocks at the gate of consciousness so tightly closed, and it at once reverberates through the entire being of the individual.”12 This then is satori, a state of enlightenment and perpetual serenity.

Of course all of this is fascinating, but in achieving contentment, Zen in general and Suzuki’s interpretation in particular remain problematic for many of us. There is the requirement of tutelage of a master, extended time focused on seemingly trite puzzles, even physical assaults. When one is older as I am, the idea of supplicating to a master seems retrogressive, even juvenile. On the other hand I have found remarkable (if temporary) tranquility in contemplation not of trivial or commonplace issues, but (following Aristotle) of more profound questions such as the metaphysical (e.g. “What is free will?”) or ethical (e.g. “Do any ends permit treating another person as a means?”). 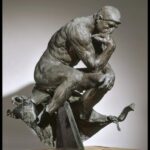 I remain open-minded, but suspect that the real lesson of Zen may be that intense concentration on fundamental truths of reality is a vital piece of achieving contentment, rather than conformity to specific practices.

Next time I will pull together the path to contentment revealed in the various Eastern traditions we have examined.

9Suzuki offers as an example the case of one student who spent eight years pondering the question: “Who is he who cometh towards me?”