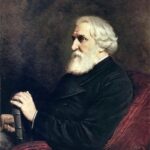 “Nature’s not a temple, but a workshop, and man’s the workman in it.” – Turgenev, Fathers and Sons.

The basic thesis unfolding on this site is that reality consists of five tiers – internal, proximate, cultural, cosmic, and ultimate – and that a meaningful life consists of four interlocking components – virtue, purpose, contentment, and relationship to ultimate reality. The first three components of the meaningful life can be delineated for each of the first four tiers of reality, and the final component, relationship to ultimate reality, integrates all those parts into a whole for its level. The section prior to this one dealt with virtue at each level and in the current section, I have already addressed purpose at the level of self, others, and society. This takes us now to the notion of purpose in the province of cosmic reality. 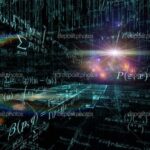 Let’s begin with a review of the term, cosmic reality. For me this is that portion of reality not observable by the unaided senses and outside the realm of human relations. As such it does not denote our ordinary, unfiltered experience of animals, plants, or landscapes nor celestial structures such as the Sun, moon, planets, or stars perceived by the naked eye – all of which fall under my definition of proximate reality. Cosmic reality refers to the more intricate world revealed by scientific tools, to our understandings gained from experiment and disciplined analysis, and to the advanced mathematics which circumscribes the laws governing the universe, life, and the constituents of matter. In the largest sense, cosmic reality is conceptual; not referring to that portion of the natural world or cosmos we directly observe, but the outsized idea of Nature and Universe. It does not however refer to God, divinity, providence, or immaterial existence which if real come under the umbrella of ultimate reality.

In the section on social purpose I made two claims which are germane here. The first is that when we think of purpose we think of socially-sized purpose; but I suspect many people believe anything less than a cosmic purpose fails the test of true significance since even human civilization is temporary. The second is that one can bypass societal purpose for cosmic purpose; here I would say the opposite is true as well – one can choose to defer cosmic purpose in the name of humanistic purpose.

In the coming blogs I will address cosmic purpose in some detail following the outline below. There is much overlap in this list with the corresponding items under societal purpose, thus the material can be abbreviated.

We start next time with the reciprocal question informing human purpose in the cosmos, that is, “What is the purpose of the Universe and of Nature?” Join me then.